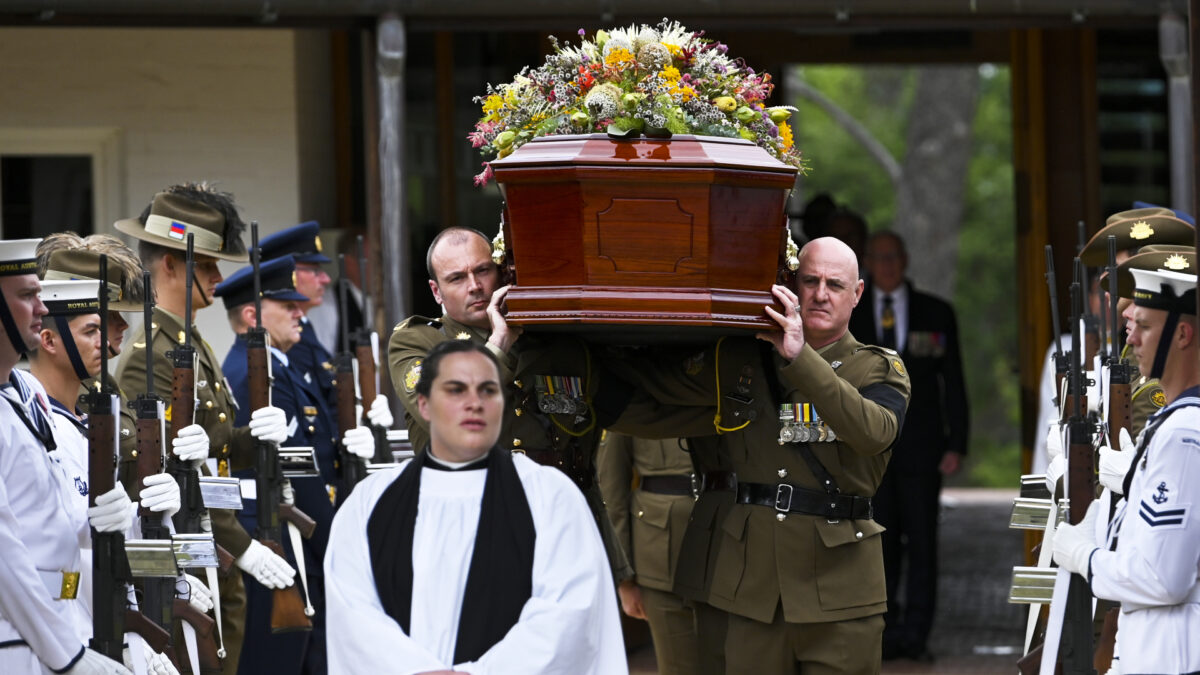 Warrior king and “Papa” Michael Jeffery has been remembered as the former Australian governor-general who treated everyone with dignity.

Among the congregation at the ANZAC Memorial Chapel of St Paul at Duntroon in Canberra was Governor-General David Hurley.

The general’s funeral was held at the place where his long career of public service started.

Brigadier Chris Roberts gave a eulogy, as did Zoe van der Klooseter, one of the major general’s seven grandchildren, and son Craig Jeffery, one of his four children.

Brigadier Roberts spoke of Major General Jeffery’s public service, saying “he lived it, breathed it and simply did it” and took a particular interest in indigenous issues.

“(His) whole philosophy of life was to treat everyone as a dignified human being,” he added.

The brigadier referred to the many tributes from soldiers who served with the general.

“Mike, you have an enormous fan club—if it were to go on the internet, Facebook would collapse,” he said.

“When Michael walked into the great hall of Valhalla on December 18, he was given a guard of honour by his former soldiers who had gone before him.

“The great captains of history gave him a standing ovation—’here comes a warrior king’.”

Van der Klooseter was in tears as she paid tribute to her grandfather.

“The man we celebrate today wore many hats—general, patron, advocate, governor-general, to name a few,” she said

“But my favourite was the role of my Papa.

“Despite his capacity to walk with kings, the humbleness of the boy from Wiluna never really left him.”

Jeffery paid tribute to his mother Marlena, who was married to the general for 53 years, saying they had a wonderful partnership.

But he added that his father was not above embarrassing his children, singing Italian love songs at full voice in the shower without actually knowing the words.

Major General Jeffery’s 35-year military career included a tour of duty in Vietnam, during which he was awarded the Military Cross.