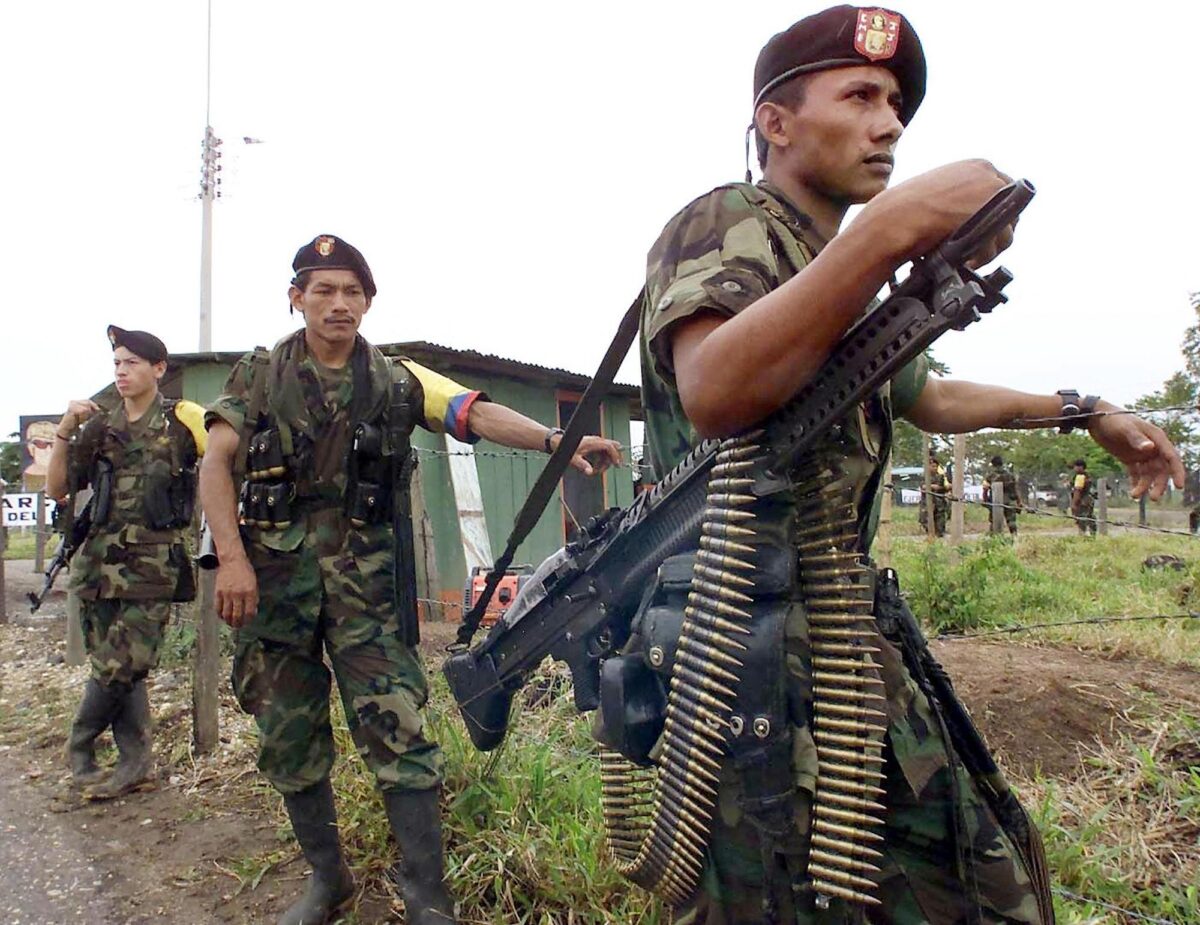 Florida Gov. Ron DeSantis has voiced opposition against Biden administration’s reported attempt to remove a Colombian communist rebel group from the list of designated foreign terrorist organizations, calling it “an insult” to the Colombian American community in his state.

Financed by extortion, kidnapping, and a billion-dollar cocaine trafficking operation, the Revolutionary Armed Forces of Colombia (FARC) had been waging a guerrilla war against the state for more than half of a century until 2016, when the far-left rebels signed a peace deal that is still being implemented. The decades-long conflict has claimed hundreds of thousands of lives and displaced millions more, including many families who settled in Florida.

In response to a recent report that the U.S. Department of State is planning to remove FARC from its international terrorist list, DeSantis called the move a “reckless decision,” noting that the group “perpetuated countless murders, bombings, assassinations, kidnapping and attacks” in the name of redistribution of wealth.

“Biden’s policy is an insult to members of the Colombian American community, many of whom fled that terrorist group’s barbaric attacks on civilians,” the Republican governor said. “This is a serious mistake by the Biden administration and will hurt Floridians.”

He also argued that the move could “embolden terrorist groups throughout Latin America,” empower narco-traffickers, and pave the way for a revival of left-wing authoritarian Castro-Chavezism in Colombia.

DeSantis’s criticism is being echoed by Florida Rep. Charlie Crist, who is running in the upcoming Democratic gubernatorial primary. The former-governor-turned-congressman said FARC has earned its designation as a terrorist group for causing “decades of war and death.”

“I join Colombians across Florida and our nation, deeply troubled by reports that the State Department is considering removing FARC from the list of international terrorist organizations,” Crist said in a statement. “It should not earn its legitimacy from the United States without the advice and consent from the community who call America home.”

Florida state Sen. Annette Taddeo, another contender of the 2022 Democratic gubernatorial primary, also spoke against the move. Taddeo, whose mother is Colombian, recalled on Twitter that she had to flee her home country at the age of 7 “because of the Marxist terrorist organization, FARC, a group of militias who kidnapped my father who was a WWII American fighter pilot.”

“This news is outrageous and I just hung up with the State Department to let them know just how outrageous it is,” she said.

During a Nov. 23 press briefing, White House press secretary Jen Psaki was asked about the status of FARC and whether it is being “delisted” as a terrorist group.

“I don’t have any update on that,” Psaki told the reporter. “I’m happy to check with our national security team and see if there’s anything we can get to all of you.”

The State Department didn’t immediately response to a request for comment. As of the time of this publication, FARC remains in the department’s international terrorist organizations list.