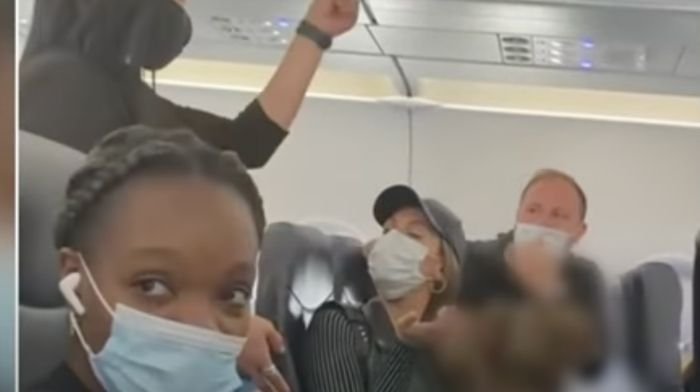 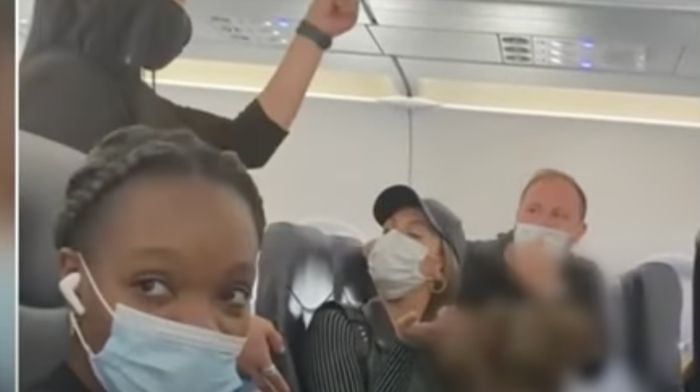 It’s the 14th lawsuit against mask and testing rules filed by members of Americans Against Mask Mandates and at least the 23rd nationally to challenge the FTMM (fourth to ask that the ITTR be declared illegal). It comes 10 days before TSA’s health directives enforcing the mask mandate are scheduled to expire – but the administration has previously extended the FTMM four times.

Lead plaintiff Uri Marcus, a dual American/Israeli citizen who is from California but lives most of the year in Jerusalem, said the group filed suit to put more pressure on the administration and air carriers to terminate the requirements, and to ask the court to enjoin them from ever issuing similar mandates again. He noted the insanity of CDC’s guidance that Americans in 99.5% of counties should not wear masks, yet face coverings are still required nationally in the transport sector only.

“Most citizens would agree that donning a mask throughout the duration of a domestic transcontinental flight of five-to-six hours causes skin irritations, breathing difficulties, and a host of other ailments, even for those who are in otherwise good health,” he said. “But try muzzling throughout the duration of a 14-hour long-haul flight such as the one we often take from Tel Aviv to San Francisco or Los Angeles. That’s what we are forced to endure when we travel from Jerusalem to take care of business and visit family in California.”

His wife, Yvonne Marcus, is also a plaintiff. She developed Basal Cell Carcinoma, a type of skin cancer that occurs on the face. Exhibits filed include medical records stating her doctors attributed the cancer to irritation due to forced masking during multiple trips to the United States in 2020 and 2021.

Both Marcuses have medical conditions that exempt them from wearing masks in Israel, but U.S. airlines do not honor the doctor’s letters or impose numerous illegal conditions to obtain an exception, they said.

Yvonne Marcus was forced to travel to California for her father’s funeral in August 2021. Airlines refused to grant her a medical waiver. “Those mourning and traumatized by the imminent death or passing of a loved one should never have to experience additional trauma by forced masking on a journey home to say goodbye,” she said. “How dare the government force the experimental medical remedy of wearing a mask upon us, and then commandeer flight attendants to enforce it.”

Last month 10 pilots sued CDC to invalidate the mask mandate in the U.S. District Court for the District of Columbia. Nine flight attendants filed a similar lawsuit in the federal court in Denver, Colorado.

All major U.S. airlines have been ramping up the pressure on the Biden Administration to abolish the FTMM and ITTR. The International Air Transport Association has also urged Biden to get rid of the mask mandate and testing rule, as has the union representing Southwest Airlines’ flight attendants.

Plaintiff Devorah Gordon of New Richmond, Ohio, was harassed by flight attendants aboard a January 2022 Allegiant Air flight from Cincinnati to Los Angeles for her brother’s birthday party when she removed her mask to breathe freely. Allegiant had police officers meet her at the gate, who demanded to see her identification even though she had not broken any law.

“The physical, psychological, emotional, and spiritual harms of the mask mandates have been proven to far outweigh any supposed benefits,” she said. “People should be aware of the many laws that have been broken and our moral compass that has been distorted with forced masking. Ignoring the suffering of the innocent or persuading ourselves to follow blindly enables more damage. We have to ask ourselves how we got to this place of blind trust in authorities who have proven themselves to be incompetent and corrupt?”

Her husband, also a plaintiff, opted not to make the trip because he too suffers from a medical condition that makes it impossible to tolerate having his breathing obstructed. The Gordons attempted to get mask exemptions from Allegiant (and Frontier for the return trip) prior to the trip but both airlines refused.

Originally written for and published with permission by www.lucas.travel.