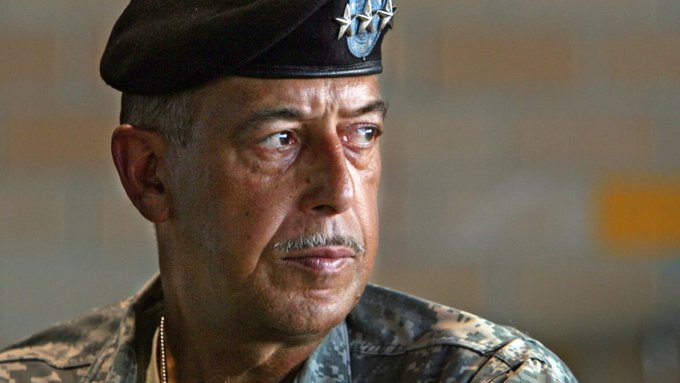 Democrats still pushing the “insurrection” narrative over the January 6th debacle are now joined by FEMA – The Federal Emergency Management Agency. Pelosi hired retired General Russel Honoré (AKA the “Ragin’ Cajun”) to lead a “9-11 style” investigation into what happened on January 6th. He has made some disturbing, biased remarks of late.

Speaker Pelosi tapped retired Army LtGen Russel Honoré (pronounced ON er ray) to head the investigation. But he is well known partisan who has busily condemned Trump and other GOP members of Congress for some time.

He added: “I think once this all gets uncovered, it was complicit actions by Capitol Police.”

Honoré said an investigation needs to determine whether former U.S. Capitol Police Chief Steven Sund “was … complicit along with the sergeant at arms in the House and the Senate.”

He added: “It gives appearance of complicity.”…

…The resurfaced comments come as some Republican lawmakers are criticizing Honoré, known for his role in the response to Hurricane Katrina, calling him an “extreme partisan.” Sen. Ron Johnson, R-Wis., tweeted this week that Honoré “should be the LAST person to head up an investigation of what happened at the Capitol on Jan 6th.”

Calling himself a Republican (not), his views have been widely controversial and partisan for years. He was thought to run against a Republican incumbent in his home state of Louisiana in 2009, but he wisely told people that his views wouldn’t let him be elected. Hope to shout. He loves his horse (“Big Red”), and the troops, which is to his credit. The rest of it…not so much.

He even has a logo for his new station in life. A short trip through his Twitter feed gives us clues as to his views on everything from making sure you’re masked up to retweeting the idea that Senators Ted Cruz and Josh Hawley were “in on” the January 6th debacle and should be run out of DC. At one point he even said former Acting Director of Homeland Security, Chad Wolf should also be “run out of DC.” Whether it’s his own tweets or ones he “retweeted,” there are problems in here: 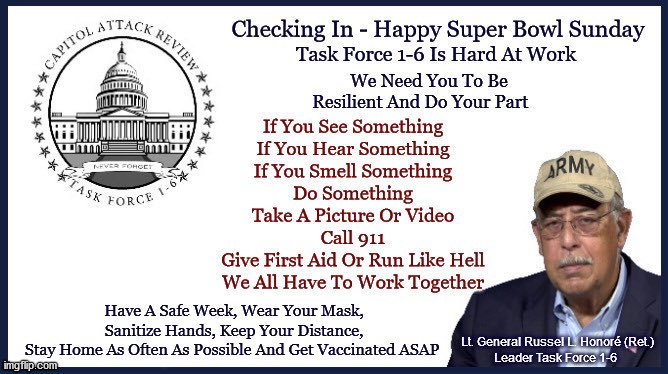 You’re right General. We have to address the fact that these insurgents, terrorists or whatever name you give them have infiltrated the highest ranks of the military, police, and other L.E.Os. This is why there was a lack of security & enforcement. Sadly, it will happen again. 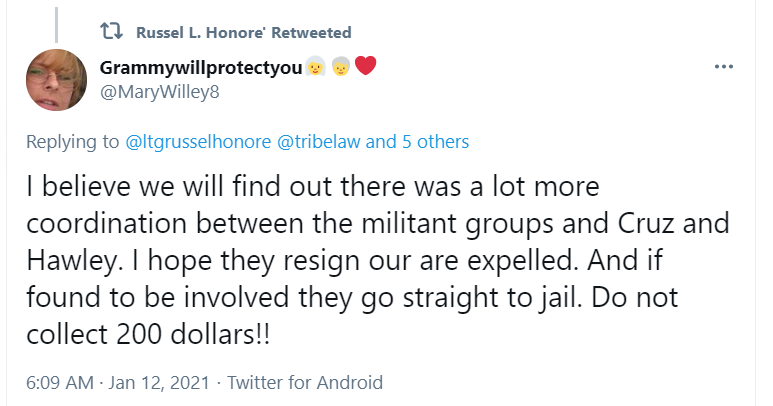 FEMA says that the money it gets for combatting “terrorism” will now be targeted toward domestic terrorists because the “threat environment” has evolved. And they haven’t named a target, which is disturbing. The Democrat narrative that all Trump supporters are “terrorists” comes into play here.

“Since 2002, DHS has allocated more than $54 billion to states and territories to prevent and prepare for the threats that terrorist organizations pose. Almost 20 years later, the homeland security threat environment has evolved. As the threats evolve, so, too, must the grant programs intended to prepare communities for those threats.”

Who are the targets of the investigation? GOP Senators? Trump supporters? Trump himself? Or real extremists? It appears the Democrat narrative is the one this “investigation” will follow. To coin a phrase, these liberals are “stuck on stupid.”