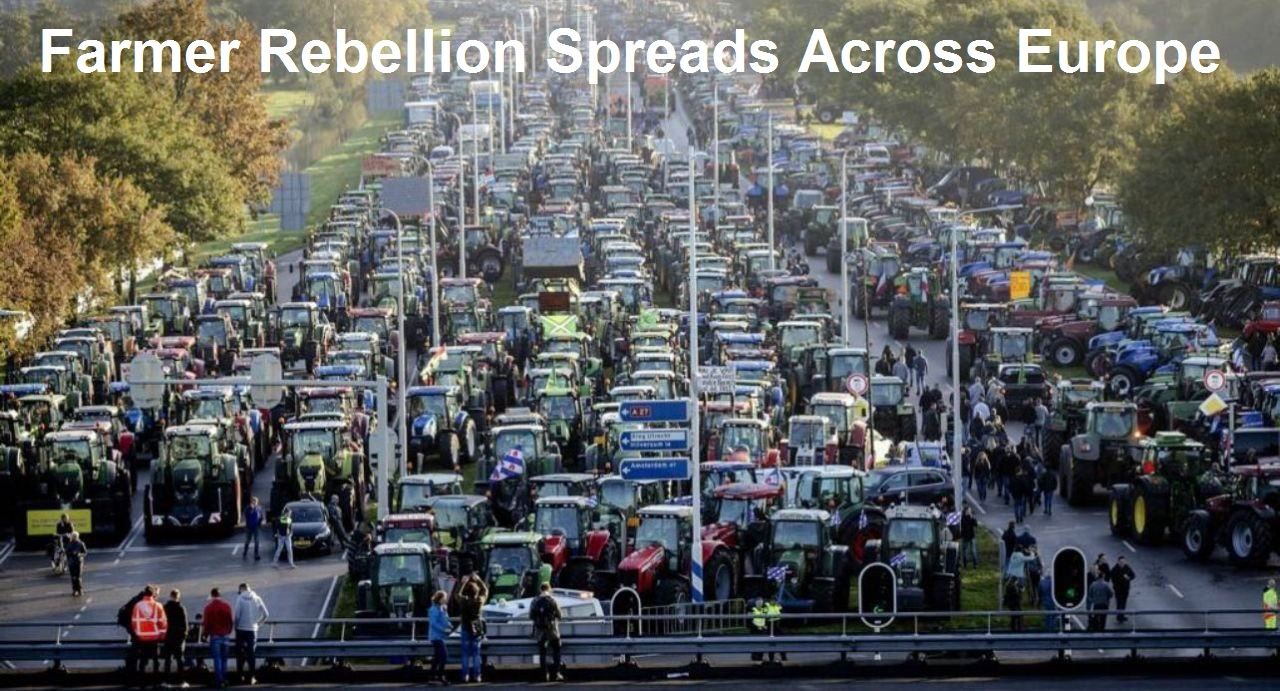 If you haven’t figured out yet that government policies designed to transition to the New Green World Order are an assault on humanity with the goal of reducing the world’s population all in the name of “saving the planet,” then it is time to wake up, because this is WAR!

Farmer protests are sweeping across much of Europe this week, mainly to join in solidarity with Dutch farmers in the Netherlands, because new government policies to reduce “nitrogen” emissions threaten to shut down almost 50% of the nation’s farms.

Given the fact that the Netherlands is the second largest exporter of food in the world, with only the United States exporting more food globally, these actions happening “across the pond” have significant impacts for those of us living in America as well.

Hard as it is still for many people to believe, this is a Global plan to reduce the world’s food and kill off a significant portion of the world’s population all in the name of “saving the planet,” a plan that has been in place and operational for over a year and a half now as the COVID-19 vaccines were weaponized to kill and maim people.

As is usually the case with covering protests, this news is best communicated by video from those on the ground, so here is our video report that gives an overview in less than 15 minutes.

This is on our Bitchute Channel, and will also be on our Odysee Channel and Telegram channel.