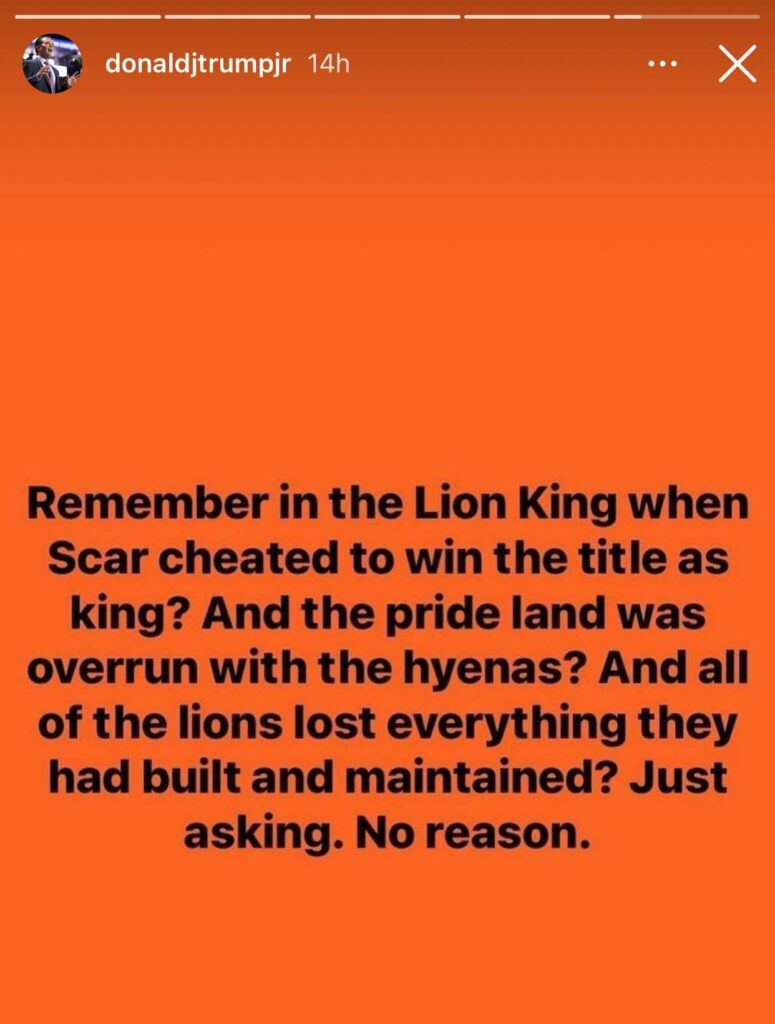 Donald Trump Jr., the son of President Donald J. Trump, issued a bizarre message via his Instagram alluding to the ending of Disney’s Lion King, when the lions fight back and reclaim Pride Rock.

“Remember in the Lion King when Scar cheated to win the title as king? And the pride land was overrun by the hyenas? And all of the lions lost everything they had built and maintained?” Trump Jr. wrote on the eve of Inauguration Day.

“Just asking. No reason,” he added.

As yet, it’s unclear whether Trump Jr is referring to himself or his father as the proverbial “Simba” in this scenario, but time will inevitably reveal the meaning behind this mysterious metaphor.

America Has Fallen to Martial Law says Reporter in DC