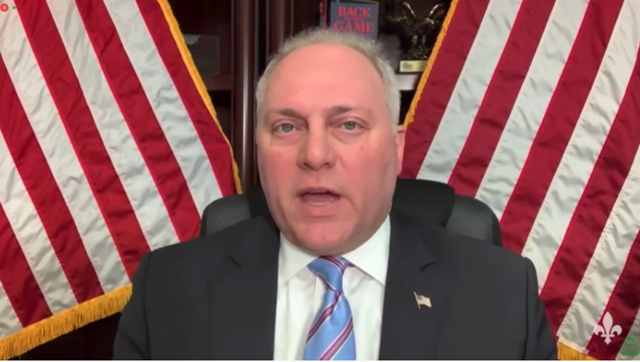 The Biden Admnistration has literally gone off its rocker, and nowhere is that more evident that the $2.5 Trillion Infrastructure bill (called the “American Jobs Plan”). It’s bad enough that the Stimulus bill contained pet projects for Democrats like Nancy Pelosi, this one plans to demolish some “racist highways” and move American jobs to China with a massive tax hike for businesses. Wasn’t this supposed to fix our aging infrastructure? Not really. It’s yet another Biden debacle designed to destroy America.

This is going to kill even more jobs. When you raise taxes … companies start moving their jobs overseas again, like they were doing when we had high taxes a few years ago. That means we lose middle class jobs…When China is going to be a cheaper place to do business in terms of tax policy and regulatory policy than the United States, that’s when you start losing middle-class jobs. I don’t want to see that happen. I don’t think most people do, but that’s where we’ll go if we have this massive tax increase and job-killing bill all disguised as infrastructure...

...When you see President Biden going back into the Paris Accord and pushing the Green New Deal where they have this mythical concern about emissions, yet they’re running jobs out of America to places where they admit more carbon this is a psychotic policy.

…They’re not even being honest with people. … If you don’t build the Keystone Pipeline, the oil still coming out of the ground in Canada, it’s just being put on tankers and shipped overseas to countries to refine it where they don’t have good standards like we do. Oil in the northeast is coming from Russia and Saudi Arabia now where they emit more carbon to make the same oil.

Democrats have decided to punish America for our extremely low CO2 emissions, totally ignoring the higher ones in China and India. Which is exactly where our jobs will go if Biden’s tax on businesses and industries is implemented.

The Claiborne Expressway in New Orleans and Interstate 81 in Syracuse, New York, are both routed through Black neighborhoods, and the Biden administration has said they could demolish them. The infrastructure bill provides $20 Billion to reconnect neighborhoods split by highways.

The concept of the injustice of racist infrastructure continues spreading throughout the Biden administration as they work towards racial equity across government.

“Black and brown neighborhoods have been disproportionately divided by highway projects or left isolated by the lack of adequate transit and transportation resources,” Biden’s Transportation Secretary Pete Buttigieg wrote on social media in December, promising to focus energy on “righting these wrongs.”

Advocates of demolishing highways say they “won’t be bullied” by the Federal government. And yes, the Feds are known for bullying everybody. But the spending in this bill is not just out of control, it will be deadly to the nation.

AOC shrieked that $2.5 Trillion is “nowhere near enough” and has absolutely no clue about the debt-bomb that is about to ignite in this country. Democrats are planning to shove this through the Senate, to hell with the Republicans. To hell with Americans who want to feed their families. They’re rich already, they want to be richer while ordinary Americans suffer.