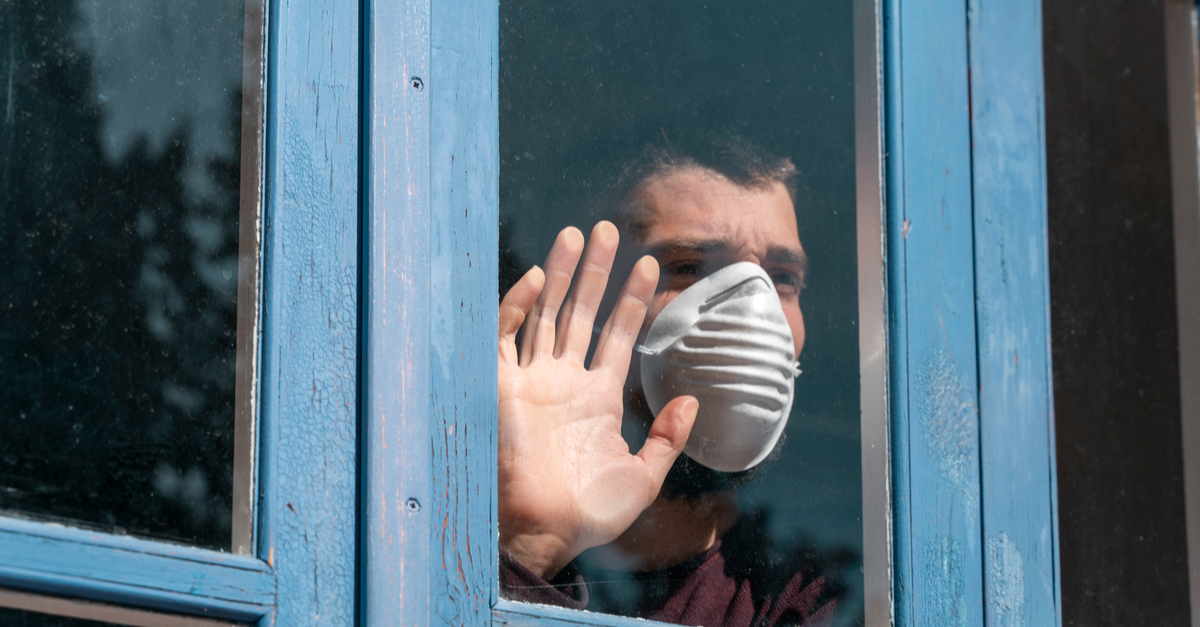 There is a distinctive place in Hell reserved for wolves who commit crimes against a nation while disguised as sheep. It’s terrible when bad people do bad things, but it’s worse when bad people do bad things while pretending to be good people. Like someone who impersonates a doctor, nurse, or police officer to gain a victim’s confidence and then commits a crime against them. These wolves dressed as sheep rely on the innate goodness of the American people to victimize them.

So, am I wrong to attribute evil motives to those masquerading wolves who have exploited a genuine health crisis unleashed on America and the world by the Communist Chinese Party (CCP)? Remember, we’re talking about a pandemic that officials initially told us they needed to suspend the Constitution for 15 days to “flatten the curve.” Americans complied because it was early in the crisis, no one knew what to expect, and everyone wanted to protect their fellow human beings. Then those camouflaged wolves continue, to this day, to move the goalposts.

As time passed, and as we learned more, there emerged a division between Americans essentially along political lines. When that happens with a health issue, you can be sure it’s no longer only a health issue; the disguised wolves had turned it into a political issue.

We’re only a few months away from a full year since we had those 15 days to “flatten the curve” to “save lives.” Now we’re continuing to see some governors and mayors acting as feudal lords, violating the Constitution and oppressing their serfs cruelly. This while patriotic governors, remaining servants of the people, are adhering to the Constitution, treating adult Americans as… well… adults.

Many Americans, hungry to have their God-given rights once again recognized by our government, wonder where the groundswell of support is for resisting these tyrants and their useless, counterproductive, and destructive lockdowns and mask mandates.

Grant Stinchfield, an anchor at Newsmax TV, answered this question, at least in part, for me the other night on his show. Why is there is a lack of significant pushback from ordinary, normally patriotic Americans? About masks, Stinchfield commented this might surprise his audience, but he wears a mask, when he otherwise might not because he knows some other people feel safer when he does. Regardless of the efficacy of masks, helping others is what motivates American patriots like Grant Stinchfield. He said helping people is the definition of a man. I think this concept motivates a lot of Americans. But there’s a limit to this legitimate chivalry, right?

I thought about the inherent problems such a compromise can bring with it for those Americans who care about others but who don’t wear masks unless absolutely necessary or, and for some others, never. How someone else feels about how well masks work doesn’t make masks work any better than they do. According to lots of available peer-reviewed research, they don’t work well at all for the CCP virus.

And what about small businesses with limited customers are locked down while large stores with massive crowds remain open? Despite data showing most infections are occurring in the home, some states continue with Draconian small business restrictions, which include closing or severely limiting restaurants and pubs. But data also shows us restaurants and pubs account for only about one percent of infections. Yet, some governors and mayors continue to persecute them as large retailers grow wealthier.

Why aren’t restaurant and other small business owners resisting en masse—yet? I’m just waiting for a restaurant(s) in my area to defy our tyrant governor, Emperor Jay Inslee the Incompetent, so I can support that/those owner(s). If even 40 percent, maybe even fewer, opened up, His Majesty does not have the resources to enforce his edicts. Especially with all the law enforcement officials who refuse to enforce his tyranny.

Sound hyperbolic, paranoid even? Maybe, but I put nothing past the Democrats’ multi-front war against Republicans, conservatives, libertarians, and the truth. Especially after seeing what they are capable of during the CCP virus “crisis” and in the continuing attempts to steal the 2020 elections. Free, fair, and transparent elections are crucial in a democratic republic. If people cannot effect political change peacefully through the ballot box, what other peaceful remedy do they have? But that’s another conversation.

Anyone else tired of these cloaked wolves issuing the false claim that you’re “killing” someone every time you don’t wear a mask or that you’re “saving” someone’s life every time you do? I’m going to save a life by wearing a flimsy, filthy cloth over my face, which ostensibly protects me and you from a virus that won’t kill over 99 percent of Americans? Also, ever ask yourself why this year’s flu season is AWOL. The CCP virus is everywhere while the flu is mysteriously, virtually nowhere. And we continue to get reports of massive false reporting of CCP virus deaths. Yet, the overall annual death rates remain about the same. Just coincidence, right?

Just the fact that people’s constitutional rights are being quashed in states like Washington, Oregon, California, Michigan, New York, and New Jersey, but people are free to pursue their happiness in states like Florida, Texas, Wyoming, North Dakota, and South Dakota shows the big lie. Of course, more people might oppose the intentional CCP virus exaggeration if the legacy news media did their jobs. People need to continue to switch to integrity news media, such as Newsmax mentioned above, the Blaze, and One America News Network.

The way the “experts” in restrictive states and cities talk, you’d swear we should find bodies stacked up at major intersections waiting for a daily detail to cart them away. But that’s not what’s happening. The vast majority of us are healthy. Our scientists have developed amazing therapeutics, herd immunity is a factor, and there is now a vaccine (for those who choose it)—thanks to President Trump. You remember, the vaccine that Lord Fauci (or is it Saint Fauci?) and others said we had to have before we could return to normal. Well, we have it, but they’re still not ready for normal, yet (insert goalpost shift here).

I know people in my state of Washington are currently getting the vaccine, yet Inslee the Incompetent, has once again extended this state’s cruel lockdown well into January 2021. A lockdown that is killing businesses and people across the state. Killing small businesses that don’t have the clout that allows His Majesty to decree you can catch the CCP virus at a non-essential pub, restaurant, nail salon, tattoo parlor, or gym, but you cannot catch the CCP virus in the political doners’ big—essential—mega-stores. Now, there’s some science and data for you.

Exploiting other American’s heartfelt concern for the wellbeing of their fellow Americans to exaggerate a health concern is unconscionable. On the other hand, it may secure you a reservation for a suite in that special place in Hell.

The Democrats try to validate the canard that their ideas and goals for running government are so much better than Republicans that they will lie, cheat, steal, and have their street thugs beat our asses to get power—you know, for our own good. They’re finally the ones who will get socialism right—this time. They seem to believe, as the wolves strip off their sheep’s clothing that, in the end, we’ll thank them for saving us—from freedom and liberty.

Ironically, if they don’t manage to complete this stolen election attempt, what happens the next time some state and city governments try to exploit a health “crisis?” Will they have to deal with, right from the start, a suspicious American public that will accuse them of, “crying wolf?”