Deadly Force Could Be Used Against Aircraft Over Nashville: FAA 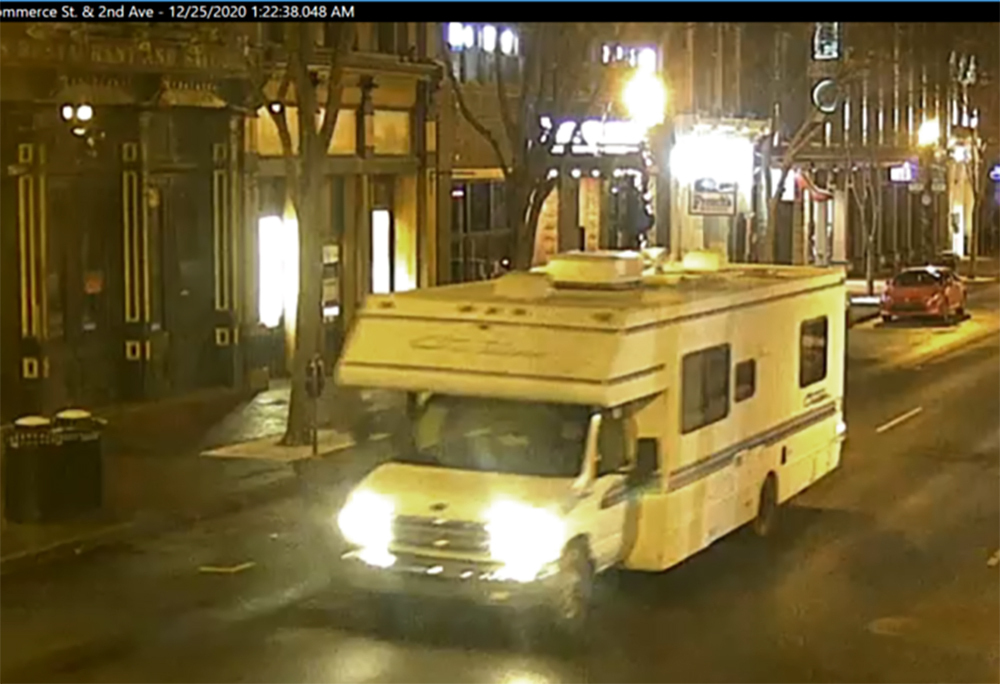 The Federal Aviation Administration (FAA) classified airspace over Nashville as “National Defense Airspace” in a temporary flight restriction and said the government could use deadly force against violators.

The FAA may take administrative action, including civil penalties and suspension of airmen certificates, and the federal government may place criminal charges against pilots who violate the restriction.

Deadly force may be used in some extreme cases.

“The United States government may use deadly force against the airborne aircraft, if it is determined that the aircraft poses an imminent security threat,” read the Notice to Airmen (NOTAM) issued on Friday.

The waring is effective until Dec. 30.

Warning: Viewers may find the video content to be disturbing.

An RV exploded at around 6:30 a.m. CT on Friday in front of 166 2nd Ave N in downtown Nashville. The explosion shook the largely deserted streets of the area early Christmas morning, shattering windows, damaging buildings, and wounding three people. Authorities said they believed the blast was intentional.

Police said on Friday that they found possible human remains at the explosion site.

The explosion, which happened at the backdoor of an AT&T building, appears to have caused huge damage to the building and brought sweeping communications outages to the Nashville downtown area.

Police emergency systems in Tennessee, Kentucky, and Alabama, as well as Nashville’s COVID-19 community hotline and a handful of hospital systems, remained out of service due to an AT&T central office being affected by the blast. The building contained a telephone exchange, with network equipment in it—but the company has declined to say exactly how many people have been impacted.

Flights out of Nashville International Airport (BNA) were temporarily halted on Friday by the FAA because of telecommunications issues. It resumed with delays on Friday late afternoon.

AT&T said the company is working along with safety and structural engineers to restore the power supply to the equipment which has become their focus after the explosion.

“They have drilled access holes into the building and are attempting to reconnect power to critical equipment,” the company said.

The Associated Press contributed to this report.