Data Show 441 Children Without Parents Crossing the Border to the U.S. Every Day as U.S. is Top Destination for Child Sex Trafficking 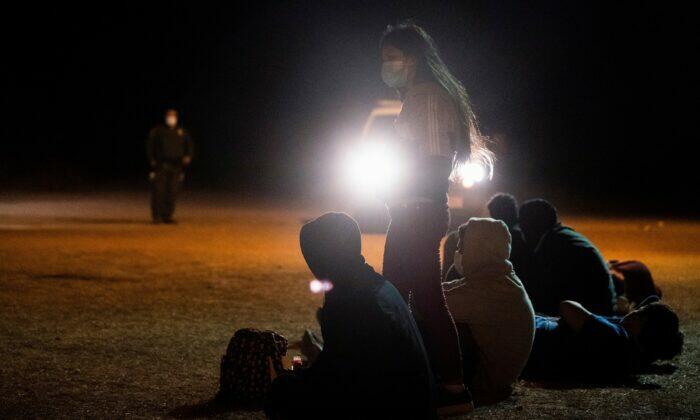 An average of 441 children will cross the U.S.-Mexico border alone every day this year, surpassing last year’s record, data from the Department of Homeland Security (DHS) show.

Border Patrol prioritizes the transfer of those under the age of 18 who cross the border illegally without a parent or guardian. Another forecast outpaces data from a year earlier, as Customs and Border Protection recorded 147,975 total encounters of single minors in the fiscal year 2021, meaning 405 children per day on average from October 2020 to September 2021.

Data show more than 101,000 unaccompanied minors have been seized nationwide till May in the current financial year.

Unlike illegal adult immigrants, U.S. laws provide unaccompanied children cannot be sent back to their country of origin, except for Canada or Mexico, and will be put in border security custody. The majority of the minors apprehended by Border Patrol in 2021 were from Guatemala, Honduras, Mexico, or El Salvador, most of whom are between 15 and 17 years old.

Many children who arrive at the border alone, however, have been transported by human smugglers and cartels.

Former Border Patrol Chief Rodney Scott told NTD, the sister media of The Epoch Times, in a previous interview that the influx at the southern border has given cartels the green light to human trafficking, sex trafficking, and creating routes to funnel lethal drugs.

“The cartels have figured out how to leverage [these gaps], and then they bring in the narcotics … and the people that are being trafficked,” Scott said, warning that criminals have also been smuggled into the nation through these channels.

The country is now seeing the largest number of apprehensions of illegal immigrants at the U.S.–Mexico border in a calendar year in history. Almost 1.9 million arrests were recorded in 2021, up from 479,000 in 2020. After rolling back key Trump-era policies, the Biden administration was also preparing for scenarios of up to 18,000 encounters per day as of late April.

Meanwhile, annual deportations have fallen dramatically under Biden’s presidency. In the 2021 financial year, 59,011 illegal immigrants were deported, compared to about 185,884 in 2020 and 267,258 in 2019, according to data released by the U.S. Immigration and Customs Enforcement.

The Federation for American Immigration Reform estimated in an April report that at the end of 2021, 15.5 million illegal aliens were residing in the United States.

Human Trafficking at an All-Time High in the U.S., the #1 Destination in the World for Child Sex Trafficking