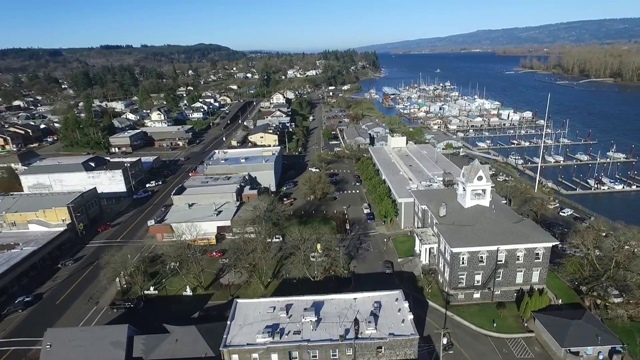 Columbia County, Oregon has a 2nd amendment sanctuary law that was passed in 2020. The County has requested that a judge examine the law to see whether or not it can prohibit law enforcement officers from enforcing state and federal gun laws. While anything the judge rules should only pertain to Columbia County, it could potentially create havoc elsewhere. A hearing date has not yet been set.

Columbia County Sheriff Brian Pixley is in agreement with the law. But four residents of the county filed court documents against the measure. Four, out of the population of Columbia County that is roughly 50,000. It is rural, and yet part of the Portland-Vancouver-Hillsboro metro area in Northwestern Oregon. Residents there have seen firsthand the destruction of Portland from the activities of Antifa and Black Lives Matter. Violations of the Columbia County ordinance can result in thousands of dollars in fines.

Supporters of the ordinance include the Oregon Firearms Federation, which said in a November statement that “extremists” and “big city radicals” were trying to curtail gun rights.

The group referenced Portland protests opposing police brutality that occasionally turned violent last summer and called the ordinance a “common sense” step that would “ensure your right and ability to defend your life and the lives of your loved ones.”

The ordinance would ban the enforcement of laws like background check requirements and restrictions on carrying a gun, though it would have exceptions for others, including keeping firearms from convicted felons…

The group Everytown for Gun Safety is pushing for the measure to be overturned. Managing director Eric Tirschwell said it would be the nation’s first court test of a Second Amendment sanctuary law.

Everytown argues that the ordinance violates the U.S. Constitution, which says federal law supersedes state law, as well as the state Constitution and an Oregon law that gives the state power to regulate firearms.

Everytown plans to fight every 2nd Amendment sanctuary type law in the country. Interestingly, they will fight them on the basis of the Constitution, when the Constitution guarantees the right to keep and bear arms. There is a tension in the Constitution between state sovereignty under the 10th amendment and the Federal government. Most of the recent laws have attempted to address that issue, in spite of the Everytown plans.

This could result in conflicting rulings between liberal and conservative judges. The pro-second amendment laws passed in recent months would not have been passed if it wasn’t clear that the gun rights of Americans are in jeopardy.