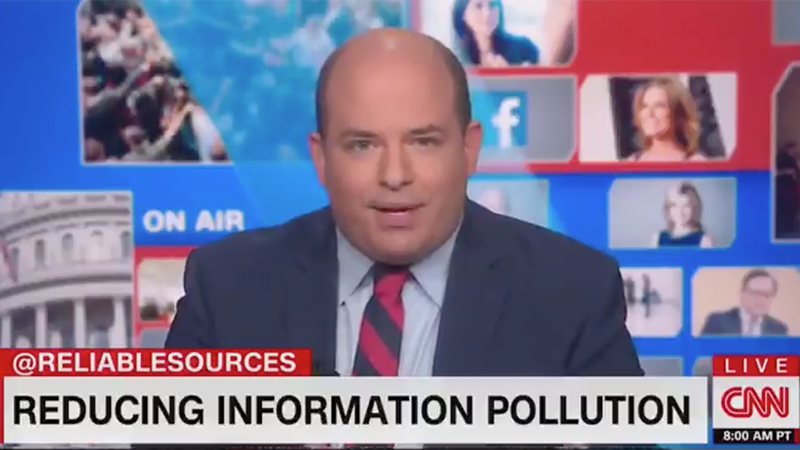 CNN’s resident Pennywise Brian Stelter argued Sunday that censorship isn’t really censorship when the left does it, claiming that ‘reducing a liar’s reach’ is not the same thing, and calling for conservative media broadcasts to be purged from the airwaves.

“Freedom of speech is different than freedom of reach,” Stelter barked, as the CNN chyron proclaimed the topic in question was “Reducing Information Pollution”:

Stelter called for Tucker Carlson and others to be censored, charging that they are spreading “patently false” information about CNN trying to eliminate its competition.

“It’s impossible to make those lies go away, but they can be reduced. All right. Harm reduction,” Stelter continued, citing Newsmax as another competitor that he wants to see silenced.

Stelter outlined his idea for “A harm reduction model”, which he was at pains to explain was definitely not part of any “cancel culture”.