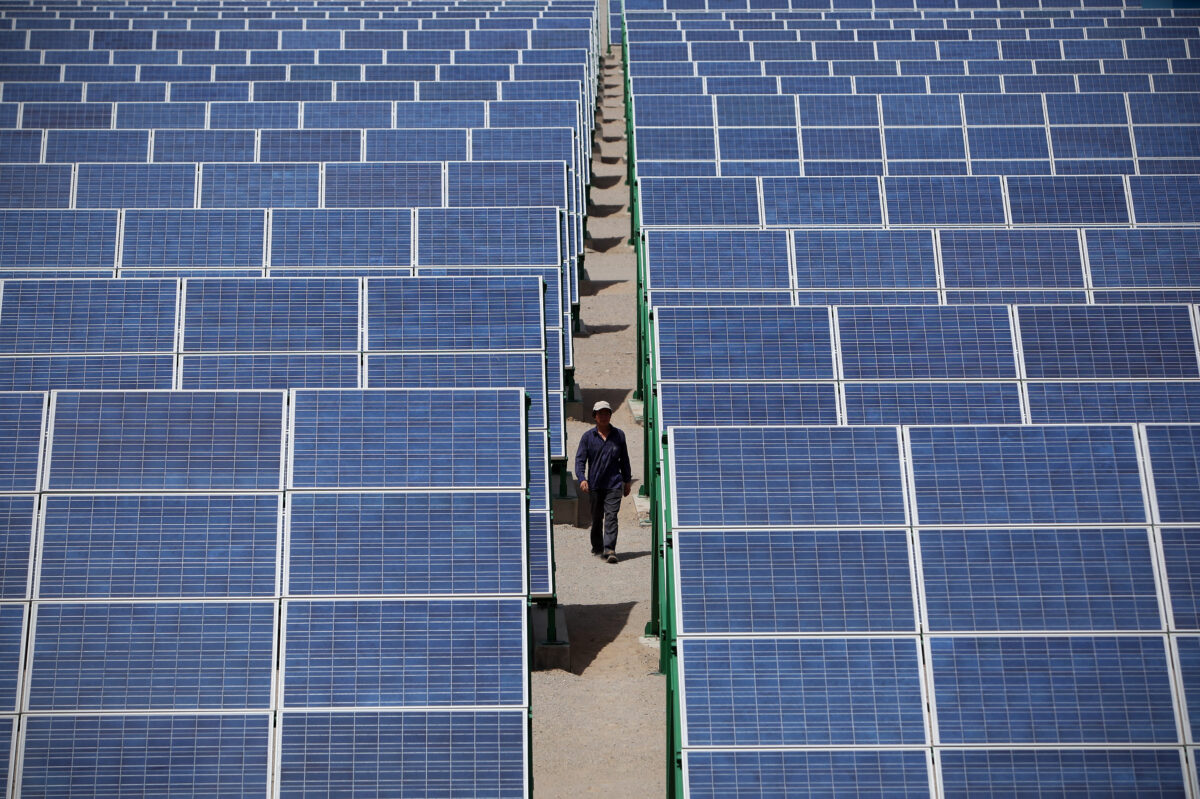 The Chinese communist regime views climate change as an opportunity to expand its influence worldwide, according to a prominent Chinese academic.

The global emissions reduction agenda can not only help the regime economically but also has “political significance” for Beijing, Di Dongsheng, associate dean of the School of International Studies at Renmin University in Beijing, wrote in his blog on April 27.

“It can help [us] to regulate and control the social, political, and economic environment,” Di said.

The regime should take up a key role in addressing global climate change, the professor said, given the growing rifts between Beijing and Western powers over a range of issues.

“The climate issue is basically the only positive topic that China, the United States, and Europe can come together and discuss amicably,” Di wrote.

The professor gained notoriety last year when he called out Wall Street’s long-standing role in influencing American politics on behalf of Beijing. According to his online biography, Di has worked with various bodies of the Chinese regime including the foreign ministry and the state’s planning agency, the National Development and Reform Commission.

Climate is one of the few issues that the United States and the regime have said they could work together to resolve, even as their wider relationship has fractured in recent years.

Since the Trump administration, the United States has progressively toughened its stance against the Chinese Communist Party (CCP) on a number of fronts, from Beijing’s severe human rights abuses to its rampant theft of foreign intellectual property. The Biden administration has pledged to continue this hard-line approach, but has consistently said it’s also willing to cooperate with the regime on shared interests such as climate change.

Chinese leader Xi Jinping, in his first appearance with President Joe Biden during last month’s global climate summit, said the country would “strictly limit” increasing coal consumption in the next five years, and phase it down in the following five years.

The country is also the world’s largest emitter of greenhouse gases, accounting for more than 27 percent of total global emissions. In 2019, China’s emissions exceeded those of the United States and other developed countries combined, a recent report found. In 2020, about 61 percent of China’s total energy consumption came from coal, according to official figures (pdf).

At the summit, Xi also repeated a pledge from last year to achieve net-zero emissions by 2060 and reach peak emissions by 2030. Lawmakers and experts, however, doubt that Beijing will make good on any promises, citing a long history of reneging on its commitments.

While Di himself expressed skepticism about the existence of man-made global warming, calling it a “false theory,” he nonetheless believes that Beijing should seize the opportunity presented by the climate agenda to become a world leader in green technologies.

In doing so, the regime would stand to gain economically by boosting exports of clean technology worldwide, while earning political capital by being the country that sets the “green benchmark on global development issues,” he said.

The professor said the UK led the world’s first energy revolution through the use of coal. Later the United States pioneered the second energy revolution on the back of oil and gas. Now, according to Di, China could be the leader in the third energy revolution based on clean energy, and “guide humanity’s development in a new direction.”

“Within 10 short years, Chinese enterprises have beaten their European counterparts in wind and solar energies. In these two fields, China’s production capacity accounts for over 60 percent of the world’s total,” he added.

China is the world’s largest manufacturer of wind turbines and solar panels. But its rise to the top in clean energy industries has been fueled by a raft of unfair trade practices that have allowed Chinese firms to dominate foreign competitors on the international market, experts say.

In solar power, for instance, government subsidies were critical in helping Chinese companies dominate the global market in the 2010s, according to a 2020 report by the Washington-based Information Technology & Information Foundation (ITIF). Chinese firms dumped cheap solar panels worldwide, gutting the solar panel industry in the United States and other countries. By the time the United States imposed anti-dumping duties on Chinese government-subsidized solar panels in 2012, it was too late to save much of the domestic industry.

China is a “leader … in stealing foreign clean technologies, pressuring these companies to transfer it [to China] when they don’t want to do it, and massively subsidizing less innovative clean technology companies in China,” Robert Atkinson, president of ITIF, said at a virtual discussion on April 19.

Di also suggested that the regime launch incentive policies to encourage Chinese companies to convert to clean energy since most enterprises in the country are serial polluters and energy wasters. This would lead to a significant drop in emissions, enhancing the Chinese regime’s prestige on the international stage.

China’s quest to increase reliance on clean energy will come at a cost to the country’s poor, according to Di.

A large segment of the Chinese population does not enjoy heating in winter because the entire southern part of China is not equipped with central heating. Hundreds of millions of Chinese who cannot afford private heating solutions are forced to endure winters in the cold.

If the regime tries to cut emissions, Di fears that people’s “dream” of having heating in winter won’t be realized for a long time.

Di recalled in his hometown of Qidong city in eastern China’s Jiangsu province, all that people could do was shiver through winter seasons, when average temperatures fell to freezing point. Qidong lies at the mouth of the Yangtze River, the country’s longest river which runs across the south-central part of the country. Di said that most people who live in the Yangtze River region cannot afford their own heating systems. The Chinese economy, meanwhile, isn’t strong enough to support the installation of central heating to all these homes, he said.