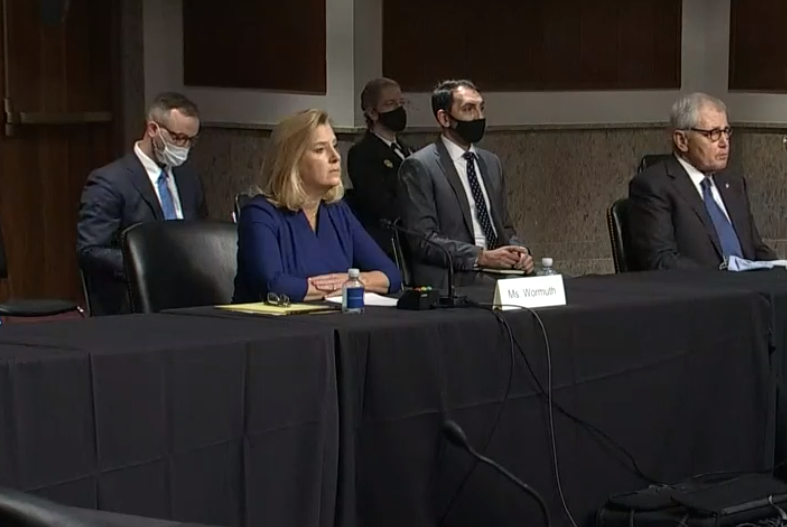 Her nomination by the Biden administration sailed through the Senate with little controversy. Late Wednesday night, the confirmation was somehow derailed and even Schumer walked it back. Then on Thursday morning it was a “go” again. It is unclear why that happened, but according to Military.com it could have been a procedural issue.

Who is Christine Wormuth?

Wormuth, who most recently was the director of the International Security and Defense Policy Center at Rand, had a deep background in defense policy work and public service. She also was a member of the Biden administration’s Pentagon transition team…

“Her policy background may be particularly helpful in connecting the Army to broader national security goals. That’s important because many strategists are looking to cut the Army as a bill payer for maritime and aerospace initiatives,” said Mark Cancian, a senior adviser with the CSIS International Security Program. “However, she will need to gain the Army’s trust because she has no particular connection with the Army, unlike the Army secretaries during the Trump years who had deep roots in the Army.”

With no particular relationship to the US Army, she may have an uphill battle on her hands. She also faces the prospect of Biden’s budget cuts to the US Army.

As Secretary of the Army she will be expected to do three main things: be an effective communicator about the value of land power, to forge an effective relationship with Congress, and to lead change in the Army. Since Ms. Wormuth does not have experience working in Congress or directly with land power, she will need to continue to develop those aspects.”