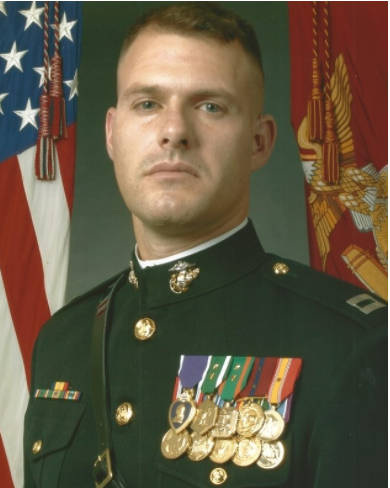 The ever present narrative of the radical leftist Democrats is that everyone who came to the January 6th rally in DC was attempting an “insurrection.” But the home of Marine Veteran Chris Kuehne was stormed by the FBI on February 11, and it traumatized their 4 year old son, his pregnant wife, and treated a decorated veteran as a terrorist. He says he went there to protect Trump supporters from Antifa, but ended up charged himself. The country he gave his heart for has betrayed his trust.

While a Marine from 1993-2013,  Chris deployed to Iraq twice. He spent 22 years in the Corps. He “was injured in Ramadi, Iraq when an Improvised Explosive Device (IED) exploded just feet away throwing him in the air and then thrusting him to the ground. Consequently, Chris has had numerous back surgeries and surgeries relating to his injuries. He also suffers from chronic PTSD, TBI (often described/referred/or known as the ‘invisible wounds’), and a host of other medical illnesses, injuries, and conditions.” (Annette Kuehne)

Early in the morning of Feburary 11, FBI agents raided the home of the combat veteran.

“The FBI instructed Chris to come outside immediately. Our 4-year-old was awakened from the chaos. I picked him up and ran downstairs to open the front door. Our house was completely surrounded by armed FBI and law enforcement, armored tactical vehicles, and police vehicles that extended throughout the community. For a second, I didn’t realize that there were about twenty FBI SWAT Team members with semi-automatic rifles pointed at my son and I because I was distracted by the bright red lasers pointed at our faces, chests, and various points on my 4-year-old son and I…

…there is a bite in the air, snow still on the ground, our 4-year-old is crying and with guns drawn FBI SWAT storm through as I carried my son barefoot in the cold. Hours later, after the FBI left our home, I found myself on the phone calling anyone I could think of for help. Neighbors contacted me to ask if I needed anything, as I was in shock from what just happened. I didn’t realize what else was happening, as if this isn’t enough.” Annette Kuehne in a Statement to Gateway Pundit

It is unclear what they are referring to as a “deadly weapon,” as Chris stated he was not armed. “Kuehne grabbed what appears to be a podium and placed the podium strategically in the track of one of the barriers, which action would likely prevent the barrier from closing.” (DOJ Affidavit) In fact, many of the Capitol Police actually allowed the crowd to enter, so propping the gate open wasn’t necessarily a sign of “insurrection,” just someone trying to help.

But the repercussions of the FBI’s actions didn’t stop there. Annette Kuehne was pregnant at the time, and by the next day, she started having sharp pains, likely from the stress and trauma of the incident. She went to the doctor, who told her she had to have immediate emergency surgery or she would bleed to death. She lost the baby. Though Chris was released from jail by then, he couldn’t be with her to comfort her. When he learned about the loss of his baby, he broke down and wept. (Gateway Pundit)

We spoke with Chris’ sister-in-law, Annette’s sister, about the emotional rollercoaster her family has been on since this occurred. She and her mother got a flight out and had a neighbor take them to the hospital. The neighbor let them know that Chris had broken down when he heard the news about his wife. Christopher, the 4 year old, went with a neighbor while this entire situation was unfolding.

“This has been so shocking! It’s insane- Chris is a warrior and he’s sort of built that way. But for us women and kids we may not be. Is this America? This has been shocking and devastating to all of us. It’s just not fair. Something has to happen! When will someone step up for us?” Suzanne, Annette’s sister

She told us that it has been a flood of emotion with “a lot going on.” Her brother is also a Marine veteran. Her Grandmother is 90 years old and on her death bed. Annette’s situation was outpatient, so she was able to come home, which was fortuitous, especially for their 4 year old son.

“We all feel like, is this what’s in store for all of us? It’s scary!” Suzanne

Chris has been accused by the prosecution of being a member of the Proud Boys. He is not, though he has friends among them. The media narrative has him listed as one of “three Proud Boys from Olathe.” The media and DOJ accuse him of “interacting” with the Proud Boys. 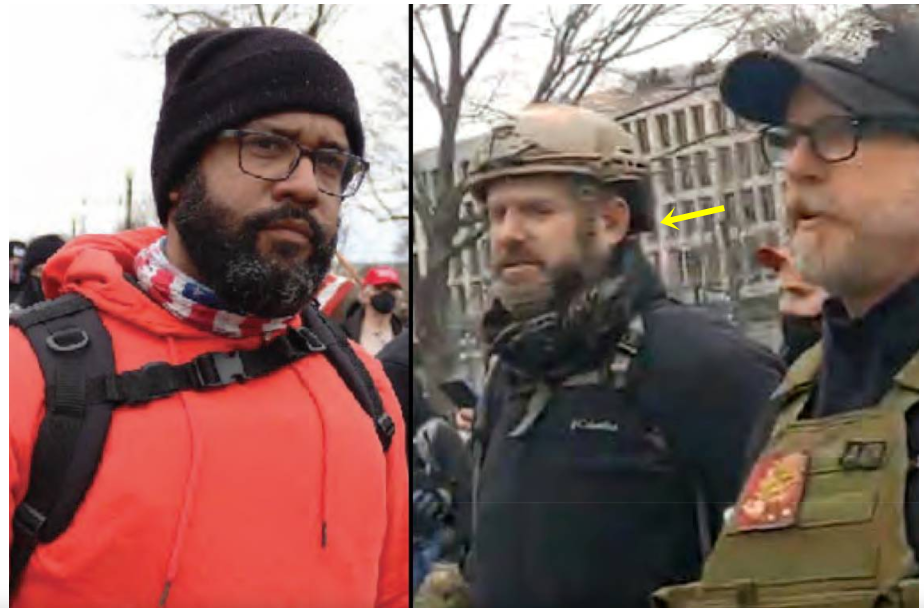 The media and Democrat narrative is that Chris Kuehne is the bad guy, someone whose intent was insurrection as a “member of a right wing fringe group.” With the current narrative circulating through the corrupt FBI, the one that says all Trump supporters are domestic terrorists, it will be difficult to defend against the lies when simply being present at the January 6th situation was enough for the prosecution.

Chris swore an oath to protect and defend the Constitution of the United States and our citizens while he was a US Marine. The government he risked his life for, and suffered permanent injury to defend, has totally failed him.

(Ed.  Those who wish to help the family can do so here.)