Canada Drops Vaccine Mandate for its Truckers After Pressure from Industry 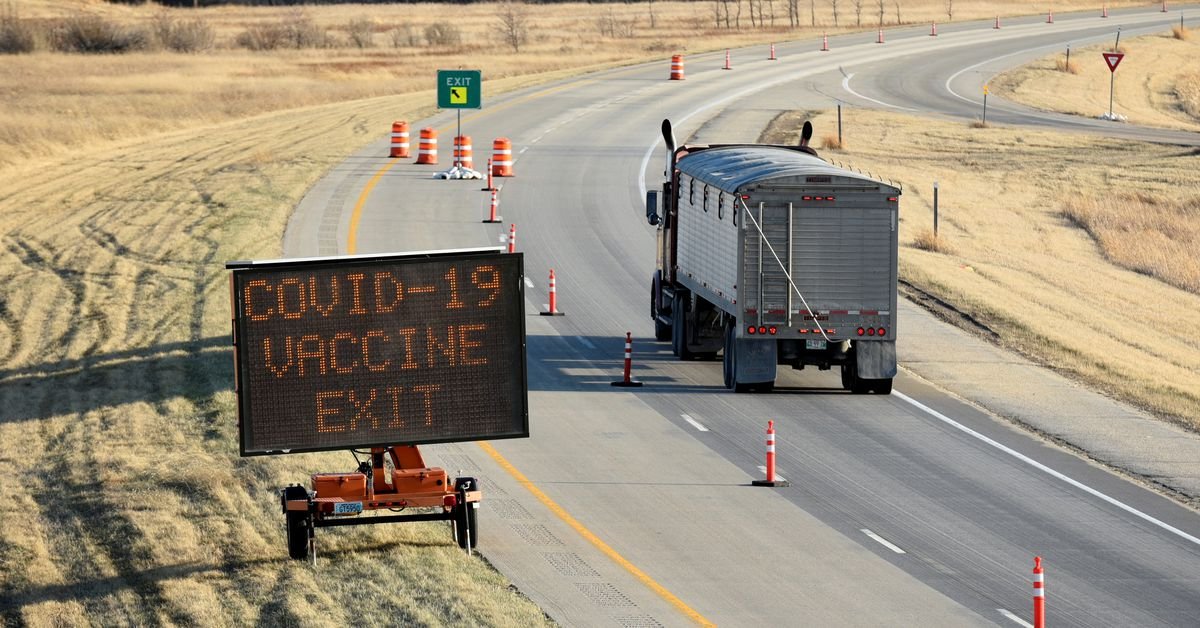 Canada will allow unvaccinated Canadian truckers to cross in from the United States, reversing a decision requiring all truckers to be inoculated against the coronavirus, Canada’s border agency said on Wednesday.

Jan 12 (Reuters) – Canada will allow unvaccinated Canadian truckers to cross in from the United States, reversing a decision requiring all truckers to be inoculated against the coronavirus, Canada’s border agency said on Wednesday.

Canadian Prime Minister Justin Trudeau had faced pressure from the main opposition party and trucking lobby to drop the vaccine mandate for truckers, due to come into force on Saturday, saying it could result in driver shortages, disrupt trade and drive up inflation.

However, truckers from the United States will still need to be vaccinated or they will be turned back at the border from Jan. 15, a CBSA spokesperson said.

Trudeau’s Liberal government had set the Saturday deadline requiring all truckers entering from the United States to show proof of vaccination as part of its fight against COVID-19.

With more than two-thirds of the C$650 billion ($511 billion) in goods traded annually between Canada and the United States travelling on roads, the trucking industry is key.

The Canadian Trucking Alliance (CTA) had estimated the government mandate could force some 16,000 cross-border drivers – 10 % of them – off the roads.

The mandate was the first policy measure taken since the pandemic began that could limit cross-border trucking traffic. Trucks crossed the border freely when the border was closed for 20 months because they were considered essential to keep supply chains open.

Supply chain disruptions drove Canada’s headline inflation to an 18-year high in November, and the Bank of Canada has signaled that it could raise interest rates as soon as April.

The cost of bringing a truckload of fruit and vegetables from California and Arizona to Canada doubled during the pandemic due to a driver shortage, Steve Bamford, chief executive of Bamford Produce, an importer and exporter of fresh fruit and vegetables based in Ontario told Reuters last week.

Fresh foods are sensitive to freight problems because they expire rapidly.

The Biden administration wants truck drivers at companies with 100 or more employees to be vaccinated or submit to weekly testing, a policy that has been challenged to the Supreme Court.