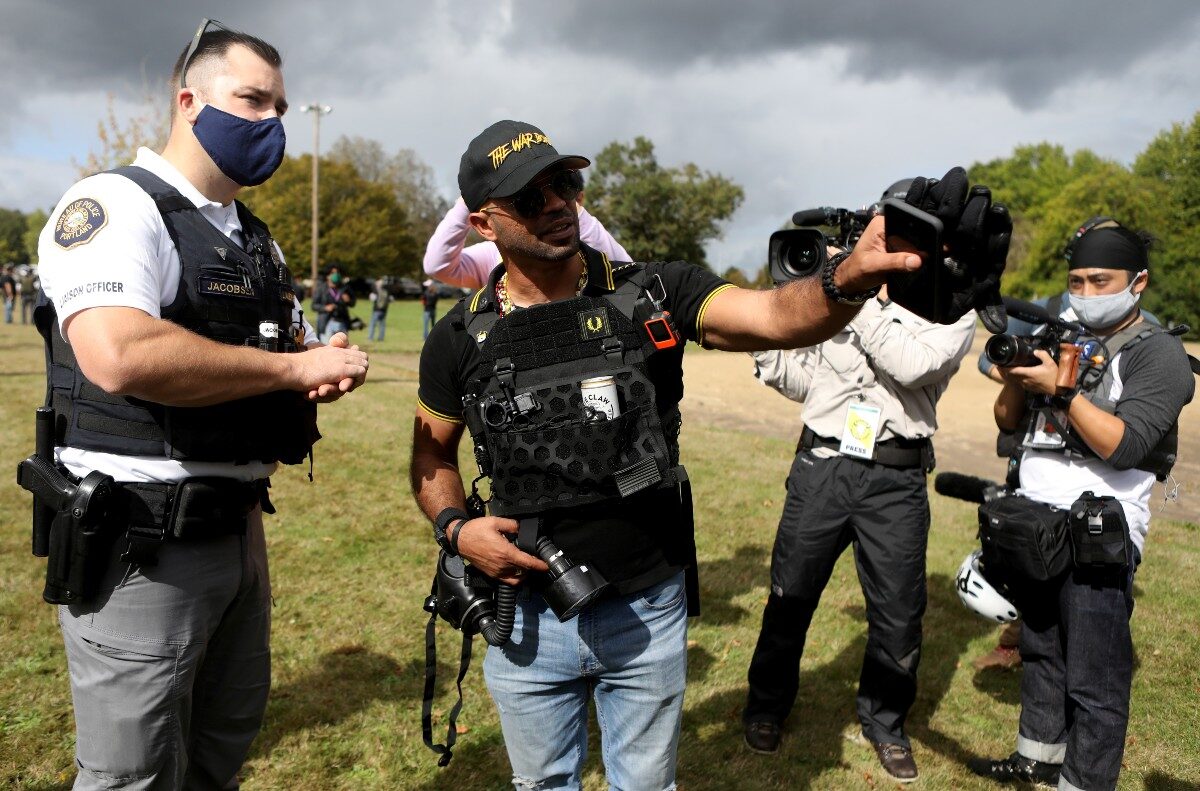 Public Safety Minister Bill Blair announced Wednesday the addition of 13 entities to the list of terrorist organizations identified under the Criminal Code, including the Proud Boys.

“This update hopefully sends a strong message that Canada will not tolerate ideological, religious, or politically motivated acts of violence,” Blair said during a press conference.

Blair said that the list was produced in a “neutral and expert” process that is based on “evidence, intelligence, and the law.”

“This is not about politics, it’s not about infringing upon the freedom of belief, association, and freedom of speech,” Blair said. “It is about controlling violent activities ideologically motivated violent extremism.”

Based on their affiliations and motivations, Blair said, the following entities were classified into four groups:

“Public Safety and National Security officials use a full sweep of measures to protect our country and to keep Canadians safe from any threat, including the threat posed by terrorist and ideologically motivated violent extremism,” Blair said, adding that the measures will allow Canada to surveil, investigate, gather intelligence, share the information lawfully, and make ongoing threat assessments.

According to a released statement, persons and organizations found in association with a listed entity can also face severe penalties mandated in the Criminal Code, which includes the denial or revocation of a Canadian organization’s charitable status. Individuals that seek to enter Canada may also be inadmissible if they are found to be associated with a listed entity.

Concerns Over Listing of Proud Boys

On Jan. 26, the House of Commons unanimously passed a motion designating the Proud Boys as a terrorist entity, a move which some security experts say could severely impact the freedom of Canadians.

“This is the sort of thing we need to be careful about, because it’s a path that we shouldn’t go down very easily,” Richard Fadden, the former head of the Canadian Security Intelligence Service, told the Global News.

Blair said that Canadian security agencies have monitored the Proud Boys since 2018 and have collected a body of evidence that the group is involved in escalating violence.

On Jan. 29, the U.S. Justice Department indicted two members of the Proud Boys—Dominic Pezzola and William Pepe—on a number of charges in relation to the Jan. 6 U.S. Capitol breach.

With these 13 new additions, there are now 73 terrorist entities listed under the Canadian Criminal Code.