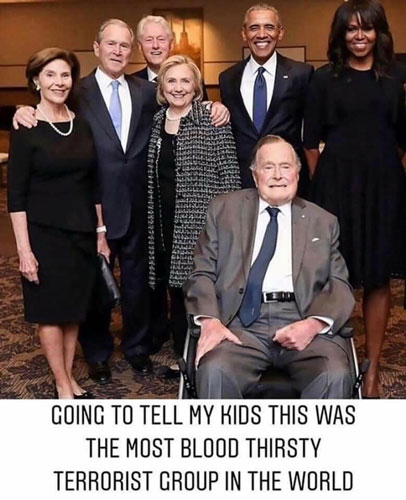 The Democratic Party is actively trying to start a race war in the United States, and George Bush thinks it’s Republican voters who need lessons in humanity and fellowship.

Bush is on the media circuit these days pushing amnesty (while calling it anything but!) for millions of foreign nationals who have entered the country illegally; lecturing Republican voters on being “more respectful about the immigrant”; and trying desperately to reclaim the Republican Party as the slightly less socialist wing of the Uniparty where neoconservative, offshoring, job-destroying, globalist-advancing, Chamber of Commerce–approved, multinationals-funded, (secret) limousine liberal, military-adventuring, surveillance state, Big Government devotees who follow in the footsteps of Nelson Rockefeller while feigning allegiance to President Reagan’s “revolution” can offer Americans the opportunity of voting against Democratic Party by pushing a platform identical to the Democrats’ own policies ten years earlier.  Go Jeb! read more