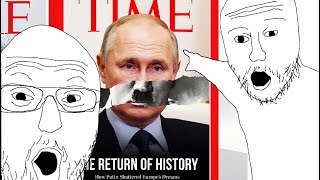 The British National Gallery has changed the name of a 19th century painting by French impressionist Edgar Degas from ‘Russian Dancers’ to ‘Ukrainian Dancers’ due to the “current situation.”

The original name of the painting was cancelled after Ukrainian artist and activist Mariam Naiem wrote letters to numerous western art museums that carried works from the series.

Naiem described her success in forcing the gallery to fold as a “micro victory.”

In a statement, the gallery admitted that the name change came as a result of the public pressure campaign and had nothing to do with any new information discovered about Degas’ work.

“The title of this painting has been an ongoing point of discussion for many years and is covered in scholarly literature,” a spokesperson told the Guardian.

“However there has been increased focus on it over the past month due to the current situation so therefore we felt it was an appropriate moment to update the painting’s title to better reflect the subject of the painting.”

A description on the gallery’s official website says the dancers featured in the 1890s pastel and charcoal image “are almost certainly Ukrainian rather than Russian,” without offering any further explanation.

The rename is yet another example of how Russian cultural history that has absolutely nothing to do with the “current thing” is now being erased as part of a wave of Russophobia.

The University of Milano-Bicocca attempted to cancel a teaching course about the 19th century writer Fyodor Dostoevsky.

Russian prodigy pianist Alexander Malofee was also dropped from performing for the Montreal Symphony Orchestra after complaints by Ukrainians, while chief conductor of the Munich Philharmonic Valery Gergiev faced similar cancellation after failing to pass an ideological purity test.