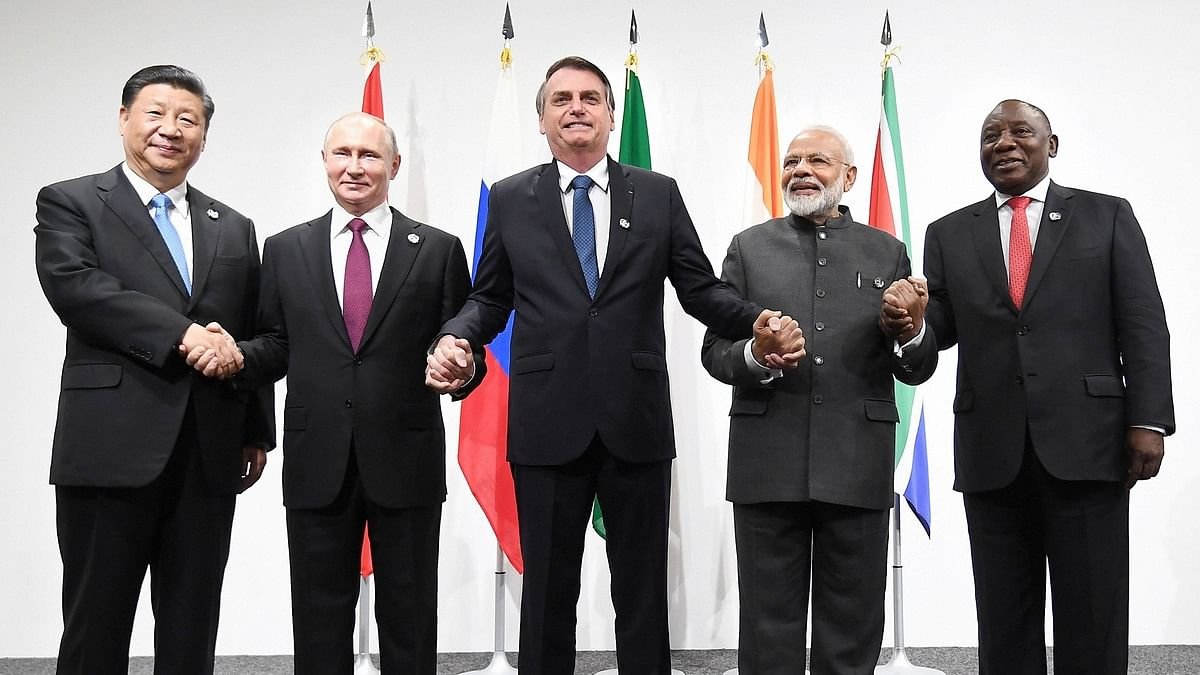 This is not some grand conspiracy, ‘out there‘ deep geopolitical possibility, or foreboding likelihood as an outcome of short-sighted western emotion.  No, this is just a predictable outcome from western created events that pushed specific countries to a natural conclusion based on their best interests.

You can debate the motives of the western leaders who structured the sanctions against Russia, and whether they knew the outcome would happen as a consequence of their effort, but the outcome was never really in doubt.  Personally, I believe this outcome is what the west intended. The people inside the World Economic Forum are not stupid – ideological, yes, but not stupid. They knew this would happen.

The finance ministers of the BRICS alliance (Brazil, Russia, India, China and South Africa) have decided to create their own financial mechanisms to continue trade between nations of similar disposition.  Once the internal issues inside the BRICS alliance are resolved, and once the mechanisms are created, then other nations will be able to decide to join or not.  The great global cleaving will commence.

(Reuters) – Russia, hit by Western sanctions, has called on the BRICS group of emerging economies to extend the use of national currencies and integrate payment systems, the finance ministry said on Saturday.

[…] On Friday, Finance Minister Anton Siluanov told a ministerial meeting with BRICS, which consists of Brazil, Russia, India, China and South Africa, that the global economic situation had worsened substantially due to the sanctions, the ministry’s statement said.

The new sanctions also destroy the foundation of the existing international monetary and financial system based on the U.S. dollar, Siluanov said.

“This pushes us to the need to speed up work in the following areas: the use of national currencies for export-import operations, the integration of payment systems and cards, our own financial messaging system and the creation of an independent BRICS rating agency,” Siluanov said.

Russia set up its own banking messaging system, known as SPFS, as an alternative to SWIFT. Its own card payment system MIR began operating in 2015.

[…] They were part of Moscow’s efforts to develop homegrown financial tools to mirror Western ones, to protect the country in case penalties against Moscow were broadened.

The finance ministry said BRICS ministers have confirmed the importance of cooperation in efforts to stabilise the current economic situation.

“The current crisis is man-made, and the BRICS countries have all necessary tools to mitigate its consequences for their economies and the global economy as a whole,” Siluanov said. (link)

For a deep dive on BRICS, as predicted by CTH, {SEE HERE}.  The bottom line is – the 2022 punitive economic and financial sanctions by the western nations’ alliance against Russia was exactly the reason why BRICS assembled in the first place.

BRICS leaders are aligned as anti-corporatist.  That doesn’t necessarily make those government leaders better stewards, it simply means they want to make the decisions, and they do not want corporations to become more powerful than they are.  As a result, if you really boil it down to the common denominator, what you find is the BRICS group are the opposing element to the World Economic Forum assembly.

The countries run by multinational corporations are in Yellow, the countries who have not yet chosen a side are in GREY:

The BRICS team intend to create an alternative option for all the other nations. An alternative to the current western trade and financial platforms operated on the use of the dollar as a currency.  Perhaps many nations will use both financial mechanisms depending on their need.

The objective of the BRICS group is simply to present an alternative trade mechanism that permits them to conduct business regardless of the opinion of the multinational corporations in the ‘western alliance.’