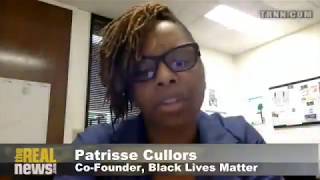 We’ve known for a while that the Nobel Peace Prize is a joke.

Barack Obama is the easiest example of what a laughing stock that prize has become.

After receiving the prize early in his presidency, Obama went on to drop thousands of bombs on 7 countries.

Got the Nobel Peace Prize, went on to drop 27,000 bombs on 7 Middle Eastern countries, used 10X more drone strikes than Bush, destroyed Libya, destabilised the region. It’s not what a President looks or sounds like that matters, it’s his actions. Obama was anything but decent. https://t.co/QGenVhC57W

The Nobel Peace Prize made a further laughing stock of itself by nominating ‘Black Lives Matter’ for the award.

Many on Twitter noted the hypocrisy of such a recognition for those ‘mostly peaceful protests’ that caused chaos across the globe in 2020.

BREAKING: BLM nominated for Nobel Peace Prize after causing almost $3 billion dollars of damage in the USA and the deaths of over 2 dozen people https://t.co/p3Dn0IxY7s

No one doubts “black lives matter” – but trying to airbrush history through violent means is not the way forward. We should not be fearful of pointing this out

When the world is upside down, it makes sense that a movement that caused so much destruction should be nominated for a peace prize.

Don’t forget, this was once a satirical article in Babylon Bee last summer at the height of BLM riots:

That’s bc it was a Babylon bee article lol https://t.co/Av9GxGxUfY

When up is down, left is right, and war is peace, I guess it makes sense recognizing these destructive riots as peaceful.

Just so nobody gets the message confused, black lives obviously DO MATTER.

But to ignore the motives and chaos caused by Black Lives Matter Inc. is refusing to grasp the bigger picture of what they wish to accomplish.

They don’t care about black lives, or any lives for that matter.

They’re self-avowed Marxists who feed on chaos, violence, and division to destabilize society.

And all for total control and destruction of the nuclear family.

If anybody needed this reminder:

Giving the Nobel Peace Prize to a Marxist organization is a total joke.

They want division, violence, and chaos.

That’s right, a group led by self-described “trained Marxists” who literally spent time with Hugo Chavez in Venezuela and then triggered night after night of violent looting riots at a cost of at least 25 lives and a record $2 billion in insured property claims, (probably much more in uninsured property), and grotesque Red Guard-style repudiation scenes such as forcing restaurant diners to wave their fists in solidarity or face overturned tables and assault, is somehow … is worthy of the world’s top award for peace.

Back in 1964, when Martin Luther King, Jr. was awarded the same prize for calls to judge people on the content of their character over color, along with non-violent resistance, there was a recognizable standard for peace. Now, such approaches don’t cut it anymore for this Norwegian bunch. And to place BLM in the same league as MLK, Jr., is kind of obscene.

The Norwegian pol who put the nomination out cited BLM’s capacity to mobilize as his criteria. But that seems to be pretty shaky grounds, given that so many leftists out there really just wanted to Get Trump. BLM has since morphed into what appears to be a corporate shakedown racket and managed to get its Marxist identity politics party line into every corporate boardroom in America. But the capacity to use muscling community organizer tactics is no evidence of morality, or more pointedly, peace. BLM is never going to be satisfied no matter how much kowtowing is done, each victory it wins brings a bigger demand to its marks, without ceasing, until its will to absolute power is achieved. Sound like peace? Only of the grave.

What it highlights is how low the Nobel peace prize has fallen. Sure, this Norwegian socialist clown doing the nominating likely has no idea what’s going on in the states, given that he lives in isolated Norway, takes in meetings with activists, and only reads the leftist press. The idiocy of his proposal tops that of the Norwegians handing out a Nobel prize to Barack Obama just for getting elected president for being black without doing anything else.

In both instances, the Nobel committee nominators seem to relish anyone with the ability to exert leftist power, equating that kind of power-mongering with ‘peace.’ It’s a sorry act they’ve come to, to worship power over any semblance of authentic peace. If this is peace, what a sorry state of affairs we have, mau-mauing’s triumph over actual creating of peace. Will all Nobel peace prize recipients have to show proof of starting riots to qualify now? How, exactly, is riot-making ‘peace’? One likes to suppose that this nomination will go nowhere, but with the current nonsense going on, don’t bet on it.