The Biden administration backtracked on its moratorium on oil and gas leases on federal lands, but it didn’t go far enough to actually make a difference. The “token” move was likely done to make Americans think he did something positive toward the price of gas. He didn’t and here’s why: 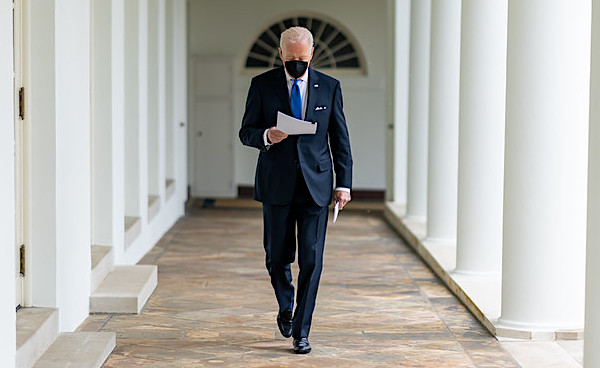 The Bureau of Land Management is expected to release sale notices on 173 parcels of land, or 144,000 acres, on Monday. In actuality, the number of parcels being released is an 80% REDUCTION from the amount of land originally requested. On top of it, these are projected leases that will take months/years to develop. It’s absolutely no help with the rising gas prices now. While on the surface they backtracked, it’s not over all a helpful maneuver.

“U.S. energy resources are the envy of the world and a long-term strategic asset that strengthens our national security and fuels our economy. We are pleased to see the Interior Department finally announce a restart to the long-delayed onshore leasing program required under the law, but we are concerned that this action adds new barriers to increasing energy production, including removing some of the most significant parcels.

“At a time of high energy costs, these changes to long-standing fair and reasonable lease terms may further discourage oil and natural gas investment on federal lands. We look forward to seeing the additional details of the leasing proposal.”

The new proposal requires a higher royalty rate for oil and gas companies to pay the federal government. Biden’s moratorium on all things fossil fuels the first day in office is a move that should make every American furious. The Louisana legislature, for example, adopted a resolution (SCR 12) requesting that the Federal Government halt delays on the oil and gas leases for the Gulf of Mexico and finalize a 5 year plan to do so.

Senate Resolution SCR12 highlights the importance of the oil & gas industry, urges the President & Congress to halt delays of offshore lease sales, urges the US Dept of Interior to comply with court order & finalize a new five-year plan for oil & gas leasing in the GOM. #LaLege pic.twitter.com/oO5HLqa9Y0

States with onshore and offshore oil and gas drilling potential lost billions in revenue thanks to Biden’s unconscionable actions. His action that “backtracked” has an excuse: that the Department of Interior wants to make sure everything is “environmentally friendly.”