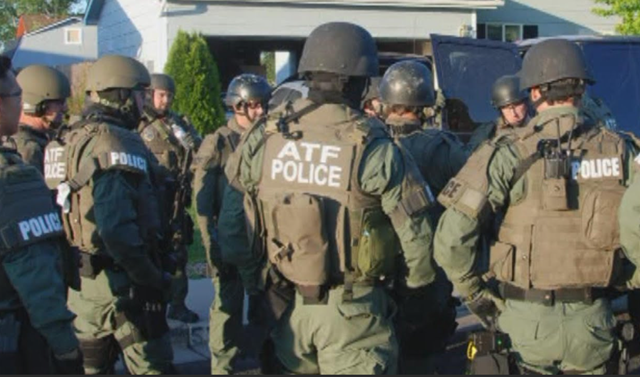 An unclassified document by the ATF was leaked to social media that revealed ATF hype over “PMF” weapons. PMF- Privately Made Firearms- was one of their alerts to law enforcement to give them a ‘heads up’ to be on the lookout for people who make their own firearms. The alert was issued to law enforcement and was never meant to be released until some enterprising person uploaded it to Scribd.

The title of the 6 page ATF document is: “First Responder Awareness of Privately Made Firearms May Prevent Illicit Activities.”

It contains this warning:

Lee Williams, from The Gun Writer noted that the PMF document has a disclaimer:

To be clear, the ATF and JCAT consider homebuilt firearms “terrorist tactics, techniques and procedures,” even though Americans have been making guns legally in their homes since before there even was a United States of America…

“Criminals and violent extremists continue to seek ways to acquire firearms through the production of privately made firearms (PMFs),” ATF’s document warns. “PMF awareness and identification can aid PMF recovery, prevention of illicit activities including terrorism, and overall first responder and public safety”…

Lee Williams and excerpts from the document

The document suggests law enforcement look for large orders of uppers and lowers, and several other tips for police to determine if there’s a problem. They explain how to see if a firearm is privately made.

In March of 2021, a man was in possession of an unregistered suppressor and gave “machine gun conversion devices” to hundreds of people, including some with “extremist tendencies.” To be sure, there are wackos out there, people who have a violent nature and are doing illegal things. It’s also true that local police should be aware of things that could endanger them. No one disputes that. But is the ATF pushing this to be anyone who builds their own firearm as an extremist? You can read the document here if they don’t take it down.

The ATF document is not unlike the current occupant of the White House who thinks it was illegal to own cannons in the Revolutionary War (it wasn’t, by the way, and even the Washington Post gave him ‘Four Pinocchios” for messing it up). The ATF concern over PMF could become a serious problem for law abiding Americans as long as the idea that Conservatives or other ordinary folks are considered “extremists.”