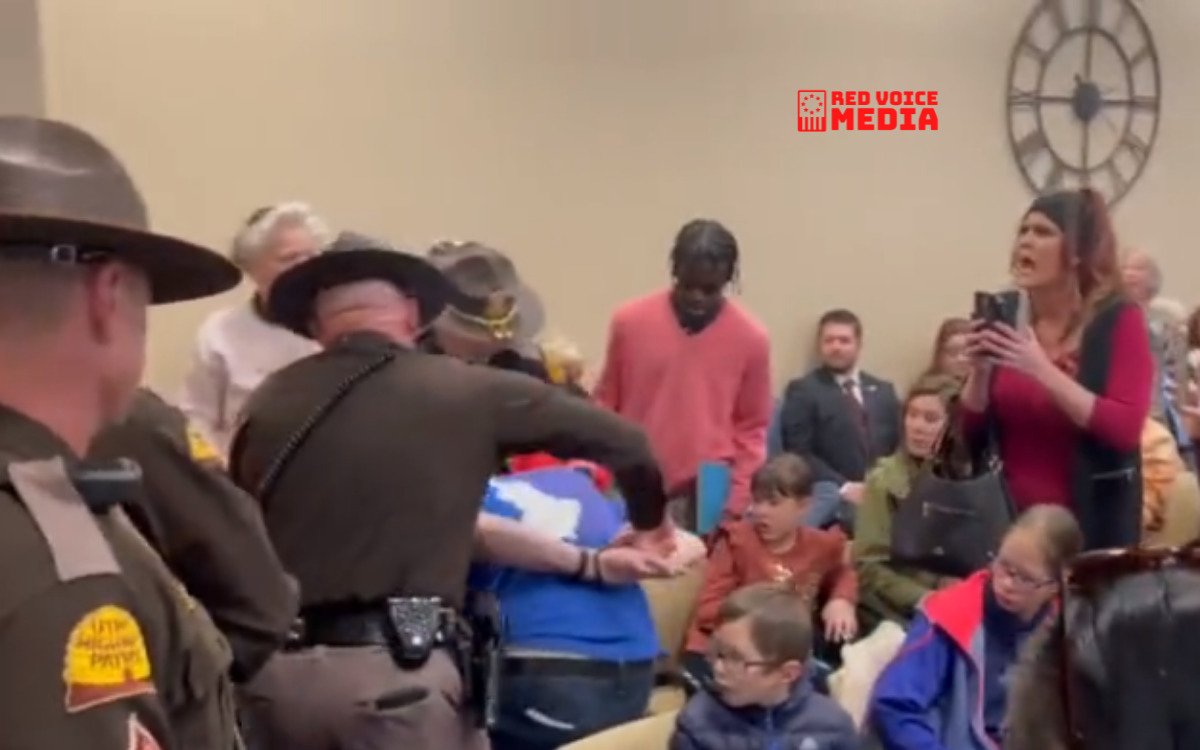 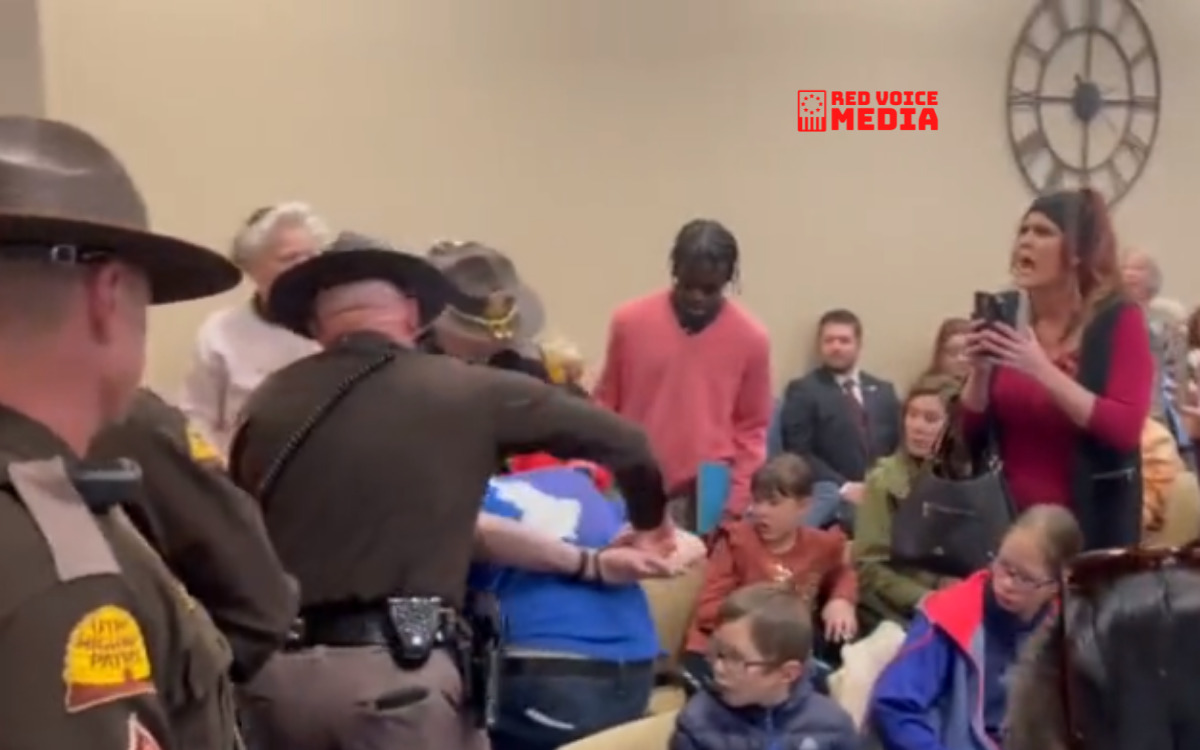 With the COVID-19 agenda still being promoted by the Biden administration, numerous states around the country have either defended President Joe Biden or, like Florida Governor Ron DeSantis, opposed his protocols and mandates as being nothing more than government overreach. As the left and right continue to debate the issue, Pfizer was granted the ability to give yet another booster to people 50 years of age or older. In Utah, a Senate committee about requiring “vaccine passports” led to three people being arrested by police for verbally disagreeing with the idea. One man who was arrested was led away in handcuffs for nothing more than wearing a “We The People” shirt.

In the video, which can be watched below, Senate Revenue and Taxation Committee Chair Dan McCay was forced to call a recess as the crowd of citizens voiced their displeasure for more COVID-19 mandates. Trying to restore some inkling of order, McCay warned the crowd that no signs or stickers supporting House Bill 60 would be allowed. That decision appeared to make the whole situation worse. Take a look.

One of the people at the meeting, Daine Anderson, recalled the incident. “They said you have to take everything off that’s political. Your stickers, your sign, we don’t allow waving. We’re going, ‘Tyranny. Welcome to Australia’. There was a lot of people in there. He took off his sticker; he didn’t take his shirt off, and they had the Highway Patrol come and take him out, saying he was disrupting the meeting. It was in recess. He wasn’t disrupting.”

Watching the man being arrested, the crowd around McCay grew even more agitated, yelling, “You guys should be ashamed of yourself. You swore an oath to us, not the government.”

Having been slapped with a Class B misdemeanor, the man received support from Utah State Senate President Stuart Adams. “We’re kind of sorry that happened, and my hope would be that we would move on and that we wouldn’t want to see anything like that result in criminal charges. We obviously have great policies in place, and we hope to perfect those as we continue on. We’re looking at the incidents, and we’ll just continue to, again, try to learn from what we’re doing.”

At the end of the day, House Bill 60 passed 7 to 2. And again, the bill “enacts a prohibition on the use of an individual’s immunity status by places of public accommodation, governmental entities, and employers.”

Users online voiced their disdain for the arrest as well. “Government by the people, for the people, and of the people- as long as the people don’t argue with the party/cult agenda. This is how democracy dies.”

Another one noted, “People are fed up with being told they ‘have’ to do this or ‘have’ to do that.  Our freedoms are being taken from us and it MUST stop.  I’m with the citizens!!”