Ancient Wisdom on Predicting a Pandemic 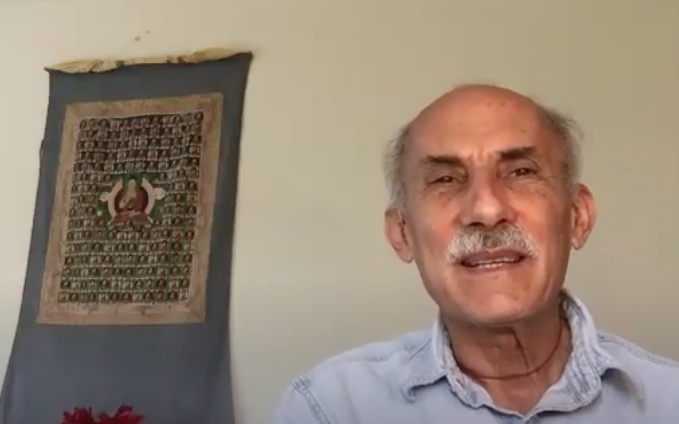 Traditional Chinese medicine (TCM) is far more profound than just the techniques of applying herbal formulas and acupuncture that most people are familiar with.

Dr. Shu Rong, a TCM expert living in Cambridge, England, recently shared her experience of treating a COVID-19 patient remotely, and how the outbreak and trend of a pandemic can be predicted based on an age-old theory.

Shu gained her knowledge of traditional Chinese medicine from her grandfather in a family lineage of teaching that has continued through multiple generations for more than 600 years. Over that time, her ancestors gained rich experience treating prior epidemics. In a recent interview with NTD TV, Shu shared a story to illustrate that when a new disease or epidemic breaks out, Western medicine will seek to develop new drugs while a good TCM doctor can often apply ancient principles learned over generations to figure out an effective cure.

This incident had a major effect on the medical community in the city. Many young Western medicine doctors decided to “change careers”—and become apprentices of Shu’s grandfather to learn TCM from scratch.

Shu has had her own similar experiences during the COVID-19 pandemic. She treated an ICU nurse last year who was infected by the CCP (Chinese Communist Party) virus, commonly known as the novel coronavirus, while tending COVID-19 patients in a hospital in London. The Chinese nurse, surnamed Xu, became severely ill while in self-quarantine at home in late March 2020. When she called Shu seeking treatment, she had been suffering from a high fever for seven days. Although she had taken acetaminophen every day to reduce the fever, it was ineffective. She also had difficulty breathing, tightness in her chest, and profuse sweating, symptoms indicating that the patient was in critical condition by traditional Chinese medicine.

Shu sent packages of herbs to Ms. Xu via express mail the next morning; when the packages arrived the following day, the patient made a tea with them and drank it in the evening. She said she slept soundly for the first time since she became ill, and had neither fever nor sweating. Seven days later, the nurse reported that she was completely recovered.

One of the defining differences between Chinese medicine and Western medicine is how it regards the body’s ability to fight disease. Western medicine generally bypasses or even represses the body’s immune response, while Chinese medicine tries to work with it and manage imbalances that may be at the root of an illness. One of the major lessons from the COVID-19 pandemic is that many of the people dying have preexisting medical conditions such as diabetes or obesity, which are already major killers in modern society. Chinese medicine tends to pay more attention to preexisting conditions in its treatments, offering tailored approaches, while Western medicine focuses on drugs and surgeries that directly focus on the ailment.

The Special Year of Gengzi and Pandemic Prediction

Another significant difference between the two types of medicine is the amount of emphasis that Chinese medicine puts on environmental contributors to disease.

“The Yellow Emperor’s Classic of Internal Medicine” is considered the highest authority on traditional Chinese medicine. One of the principles noted in the book, called The Five Elements and Six Weathers, explains the impact of climatic and astronomical factors on the natural world and human health.

It’s worth noting that there is no civilization on Earth that has had the longevity of the Chinese civilization. China has had one continuous culture, though ever-changing, throughout 5,000 years while other civilizations, from Mesopotamia to Ancient Greece and the Roman Empire, have risen and fallen in comparatively brief historical periods. The Chinese civilization, at least prior to the communist revolution in 1949, also put a major emphasis on learning from history.

Lessons from history, including patterns and changes, can be an important element to Chinese medicine.

Shu is an expert on “Five Elements and Six Weather.” To apply this principle, one has to analyze the current year in China’s 60-year-cycle system and find out if there is unusual weather in this year.

In the Chinese calendar, the lunar year 2020 is called Gengzi Year (Jan. 25, 2020, to Feb. 11, 2021) and corresponds to the 36th I-Ching (Book of Changes) hexagram called “Darkening of the Light,” which indicates a period when the darkness of stupidity reigns in human affairs, eclipsing the good and brilliant.

Basically, such a year is full of disasters, including natural disasters and political disturbances, Shu explained.

All the Gengzi years are disastrous years for Chinese people: in 1840, the First Opium War with Britain; in 1900, the invasion of Beijing by the Eight-Nation Alliance, a multinational military coalition formed by eight foreign powers; and in 1960, the peak of a three-year Great Famine, during which an estimated 30 million to 40 million Chinese died of starvation.

Every hexagram of a particular year in the Chinese calendar system corresponds to a six-line statement in the I-Ching and describes the situation in a two-month period. The statement for the final two months of the year (mid-December 2020 to mid-February 2021) says, “There is no light, only obscurity. Someone initially ascended to the top; his future shall be to fall to the earth.”

“From the bigger perspective of a nation, some elites may suddenly fall; from the perspective of an individual’s health, we may see people with good health suddenly become very ill, either from contracting COVID-19, from heart disease, or hypertension. The tragedy, or the transition, comes all of a sudden and is totally unexpected.” Shu said.

An explanation of the “sudden fall” stated by I-Ching is, “He has failed to fulfill the principles.”

Speaking of the new COVID-19 variant emerging in the UK, Shu said the mortality rate remains low even though the variant spreads very quickly. With a pandemic going on, to analyze what may happen next, one has to observe whether the winter weather is normal or not, according to the “Five Elements and Six Weathers” theory.

“Normal weather means the usual amount of rain and temperatures are in the normal range for the region in which you live,” Shu explained. “For instance, in the United Kingdom, it should snow around Christmas, but it didn’t this year, which means, the pandemic will only get worse in the following months.”

Unusual weather has been observed in many parts of the world this winter. Asia, Japan, Mongolia, South Korea, and China all reported record low temperatures in certain regions. In Europe, a historic snowstorm buried Madrid in early January, while several other European countries so far have experienced an unusually warm winter.

Will there be more serious symptoms when the pandemic worsens? Shu said the answer is already there in the classic works of ancient Chinese medicine.

She cited a book called “Discussion of Warm Diseases” that was written by Ye Tianshi, one of the most influential doctors in Chinese medical history who lived from 1666 to 1746 (Qing Dynasty).

In TCM nomenclature, “warm disease” is a general term for all types of externally contracted diseases that cause fever. Epidemic pestilence is a subcategory of warm diseases.

In his book, Ye said that when contracting a warm disease, the patient’s lungs are infected first, and the “evil Qi” then attacks the heart-enveloping network if the condition further deteriorates. This network is made up of the tissues surrounding the heart that provide protection in times of pathogen invasion.

It’s now well-known that the CCP virus attacks multiple organs. Some patients may experience diarrhea while others develop mental problems, which puzzles many Western medicine doctors.

According to Shu, Ye’s concise statement, although appearing to be rather simple, clarified more than 200 years ago that multiple organ dysfunction is an inherent characteristic of “epidemic pestilence,” and the infection follows a relatively fixed path.

“Because the pathogen enters the human body through one’s mouth and nose, it will certainly infect the lungs first. For some individuals, the infection stops at this stage and the patient gradually recovers. This is a good scenario. In particular, many patients at this stage have intestinal problems, which actually indicates that he is recovering.”

Traditional Chinese medicine considers the lungs and intestines to be an interlinked system, with lungs being the interior and intestines being the exterior. When the lungs are infected and the symptoms move to the intestines, the disease is going outward. In other words, it is being eliminated from the human body, Shu explained.

However, in the worst-case scenario, “evil Qi” goes deeper into the human body to attack the heart enveloping network.

“The heart is also the key organ in an interlinked system, which includes the brain and the nervous system. This system is related to one’s emotional and mental health,” Shu said.

When the pathogen is fierce and able to penetrate the protection network of the heart, the patient will display symptoms of brain and nervous system dysfunction, such as talking nonsense, mental disorder, or hallucinations. A study published in the journal Brain in July 2020 found potentially deadly brain disorders may be a symptom of COVID-19, even in people with otherwise mild disease.

At the same time, the heart is responsible for managing the blood and circulatory system. When this system is disrupted, the patient will have both internal bleeding and observable bleeding from his eyes, ears, nose, and mouth, Shu explained.

These dire symptoms have already been observed in severely ill COVID-19 patients, with nose bleeds and bleeding from the mouth being the most common. Shu implied that when the pandemic worsens, a lot more patients may suffer more severely as a consequence of previous disease or infection.

She hopes that people remember the importance of upholding principles, and strive to be kind and upright individuals because the main reason for all these misfortunes is from “failing to fulfill principles,” according to ancient wisdom in Chinese culture.

Validity of the ‘5 Elements and 6 Weathers’ Theory

Another Chinese medicine scholar predicted the advent of the CCP virus pandemic as early as June 2019 by applying the same theory.

Wang Yongyan, a Chinese academician and the honorary dean of China Academy of Chinese Medical Sciences, said at a medical conference in June 2019 that he believed a pandemic would arrive in late December of that year.

“We must learn to observe climate changes, the situation of all creatures, and the overall health of mankind,” Wang said. Based on his observations and application of the “Five Elements and Six Weathers” theory, he concluded that “a pandemic will break out around Dec. 21, and will continue into next spring.”

When the CCP virus was raging in China in late January, the video of Wang’s speech quickly went viral in China, and the “Five Elements and Six Weather” theory became a hot topic.