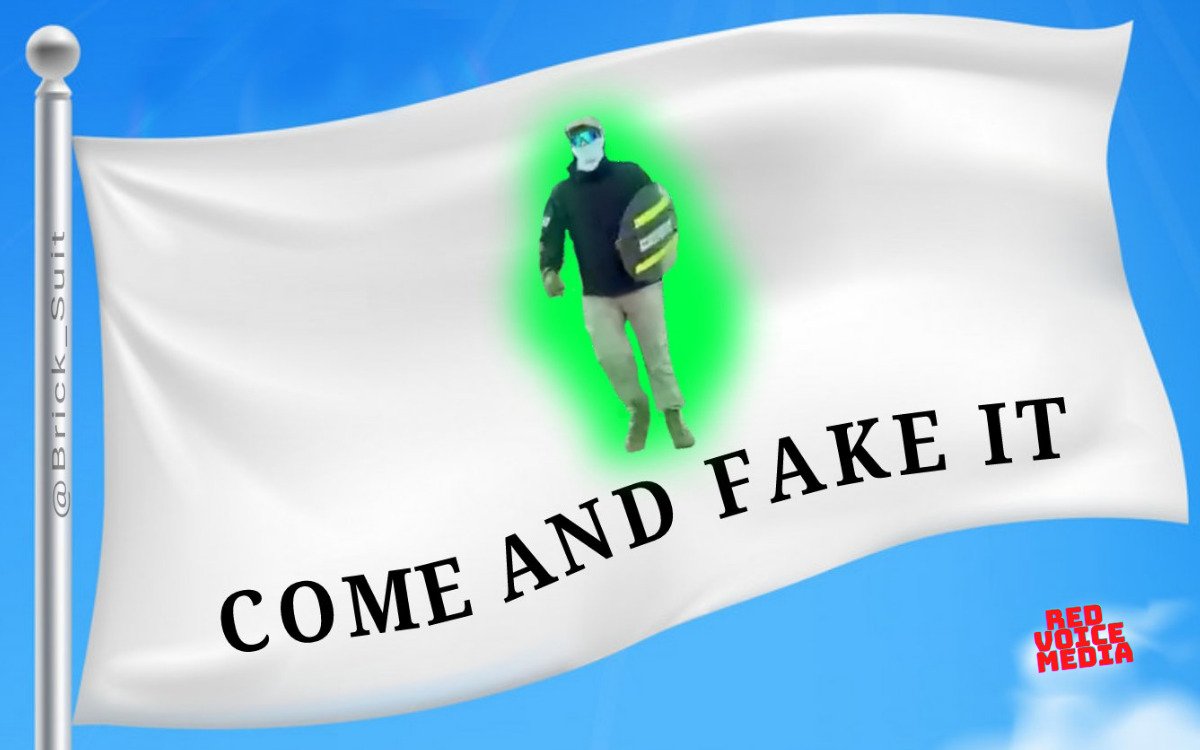 They all appeared to be roughly the same age and same build. All dressed like they just robbed a Gap, wearing khakis, matching jackets, and hats.

You know, to look like any other right-wing protest that we’ve ever seen.

Just kidding. Look what Dinesh D’Souza had to say…

“Take a closer look. Does this look real to you? Or does this look like a group of federal agents pretending to be right-wing extremists?” – Dinesh D”Souza

Take a closer look. Does this look real to you? Or does this look like a group of federal agents pretending to be right-wing extremists? pic.twitter.com/NPM2iwgwi4

And of course, as you’d expect, the left chimed in right on cue, calling them “A bunch of MAGA white men.”

A bunch of MAGA white men wearing white masks instead of hoods & calling themselves the “Patriot Front” while yelling to Reclaim America is just a remix of “Jews will not replace us.”

Do they really look like people from any other conservative rally or protest?

Or do they look like the Lincoln Project hoaxers from Charlottesville?

Or maybe these guys?

Here’s a group of obvious feds trying to blend and look like white supremacists. Come to think of it, these guys look awfully similar to the #PatriotFront “white supremacists” who just marched in DC. “Let’s hide our faces and put on the knee pads, fellas.” This is today’s FBI! pic.twitter.com/UhHCmFH0di

Now check this out. They all got picked up in U-Haul trucks… isn’t that something that Soros funded ANTIFA is known to do?

It wasn’t just one U-Haul

Next up is a fantastic thread by FoiaFan on Twitter…

6/ Good thing I grabbed a bunch of screen shots. 😎 pic.twitter.com/7tRGReKTzx

10/ Let’s ask this guy. Might not have been in the group, but he seems to by his clothes at the same place. https://t.co/ctAURrTInB pic.twitter.com/9B7EzUu4gM

Not suspicious at all, right? 🙄

Also, I’ve never even heard of them either…

I’m in alot of Political circles and I’ve NEVER heard of this “Patriot Front” event, wanna know why? Because this isn’t our event, this is a FBI, Antifa orchestrated red flag event to create a distraction. Be vigilant, stay focused