Last June, at the height of the Black Lives Matter matters riots, CEO Richard Johnson of Foot Locker penned a letter committing the company to $200 million over the next five years to fight racial injustice. But that woke commitment didn’t make it those who looted the Foot Locker stores on Sunday night in Brooklyn Center, Minnesota […]

#ProtectTheWall #KeepAmericansSafeRep. Cawthorn dropped the “Donument” act on the House floor last week to protect our southern border wall. What are your thoughts on this? https://createchangenow.org Source link

A 28-year-old man with three previous driving under the influence convictions is facing a life sentence in jail after allegedly striking and killing a 74-year-old man with his car. The victim, Richard Frost, was fatally wounded about 4 p.m. April 10, after his car was struck by a Chevy Malibu on Newport Boulevard, the Orange County […] 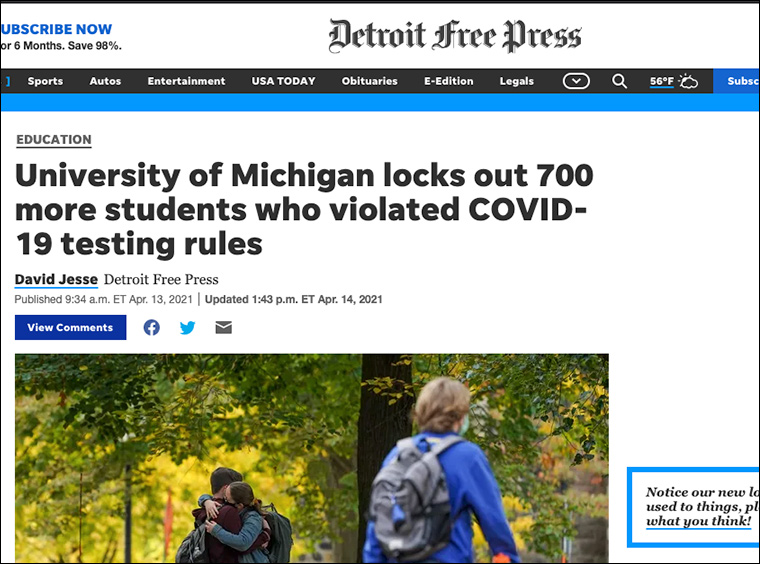 A college in Michigan deactivated the ID cards of some 700 students who failed to submit Covid-19 test results in a timely manner. Approximately 718 undergraduate, professional and graduate students at the University of Michigan found their ID badges were deactivated Monday following a campus health department assessment. According to The Blaze: The university requires […]

Just The News: Sixty years ago on Monday, Russia put the first man into space. While the achievement was noted across the world, the U.S. said little. The State Department’s Russian-language Facebook page posted a short message on Monday commemorating what it called the “anniversary of peoples’ stay in space,” and paid tribute to “international cooperation facilitated by […]

I will admit it–I am a big fan of the American Conservative Union (ACU). Not only because they run my favorite political event every year—CPAC, but because they are usually the first to recognize and act against the approaching threats to our freedoms.  Their latest action is typical of the way they fight for our […]

Migrants walk on a dirt road after crossing the U.S.-Mexico border, Tuesday, March 23, 2021, in Mission, Texas. (AP Photo/Julio Cortez) OAN NewsroomUPDATED 8:27 AM PT – Wednesday, April 14, 2021 Amid continued inaction from the White House, the Mexican government is working to put an end to the Biden border crisis. On Tuesday, Mexican […]

Welcome to the John Martin Talks Episode 439! Today's topics: – Black Caucus To Biden, Give Us What You Promised! – Lin…

Welcome to the John Martin Talks Episode 439! Today’s topics: – Black Caucus To Biden, Give Us What You Promised! – Lindsey Graham Endorses Perpetual War! Due to the move by BigTech to deplatform Conservative Free Speech, we will be moving John Martin Talks to a new secure platform so that we can continue to […]

A top official is contradicting President Joe Biden on the border crisis. Biden said the border surge is normal for this time of year, but the official says what we’re seeing now is “unprecedented.” This comes as the Biden administration is being sued by a border state attorney general once again. The Arizona attorney general […]

National File- On Tuesday night a second round of riots and looting took place in Brooklyn Center, Minnesota, which is not far from the riot-and-crime-ridden city of Minneapolis. Footage of Dollar Tree and other storefronts being burglarized in act of civil protest against racial injustice circulated online, and gunshots were routinely heard in the distance. […]

On Tuesday, James O’Keefe’s Project Veritas dropped a stunning video in which CNN Technical Director Charlie Chester admitted the network was focused on removing President Trump from office.  O’Keefe also told Fox News’ Sean Hannity that he intends to file a lawsuit against CNN for defamation. “Look what we did, we got Trump out. I […]

Transatlantic Travel Under Trump and Biden

Commentary Upon my return to the United States from Europe, I was reminded of Ronald Reagan’s insight that, “The trouble with our liberal friends is not that they’re ignorant. It’s just that they know so much that isn’t so.” Every liberal critic “knows” President Donald Trump was too lax and too late in his response […] 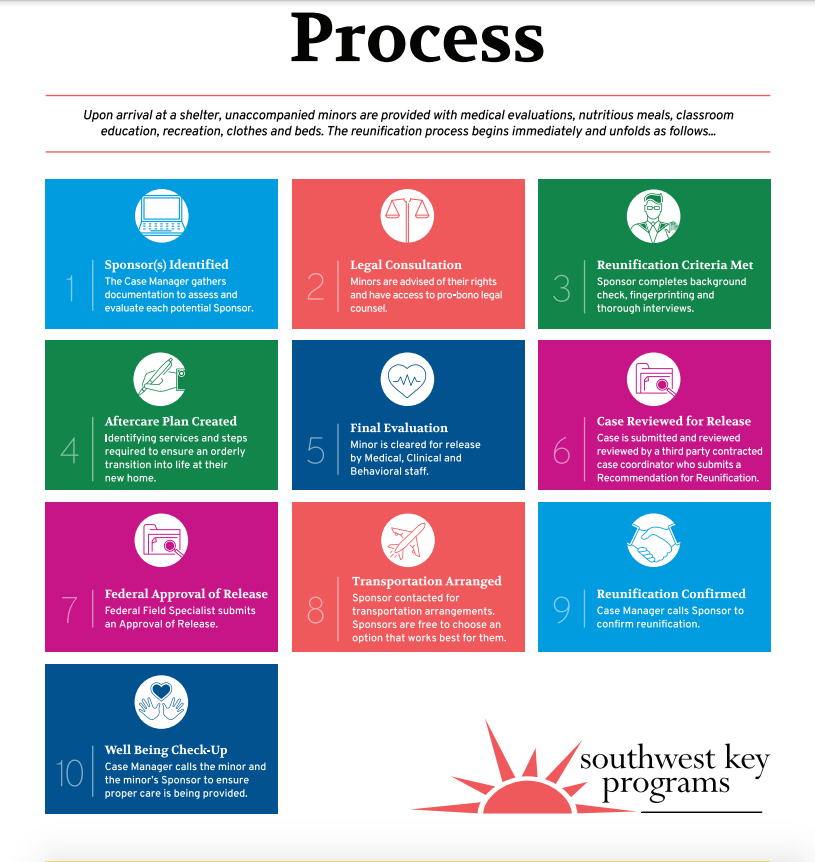 Loads of underage illegal aliens are being delivered to random strangers who signed up online to take them in and house them. Infowars shot exclusive footage showing minors from other countries, some as young as 12-years-old, being allowed on airplanes where they are being sent to volunteers they’ve never met before. One group connecting the […] 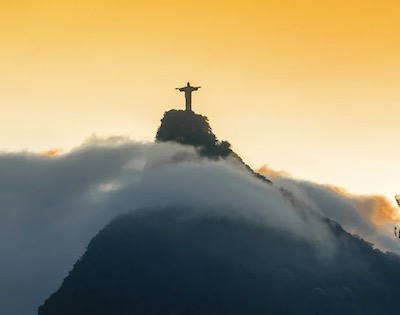 Even higher than Christ the Redeemer. Christ The Redeemer [Pixabay] Source link 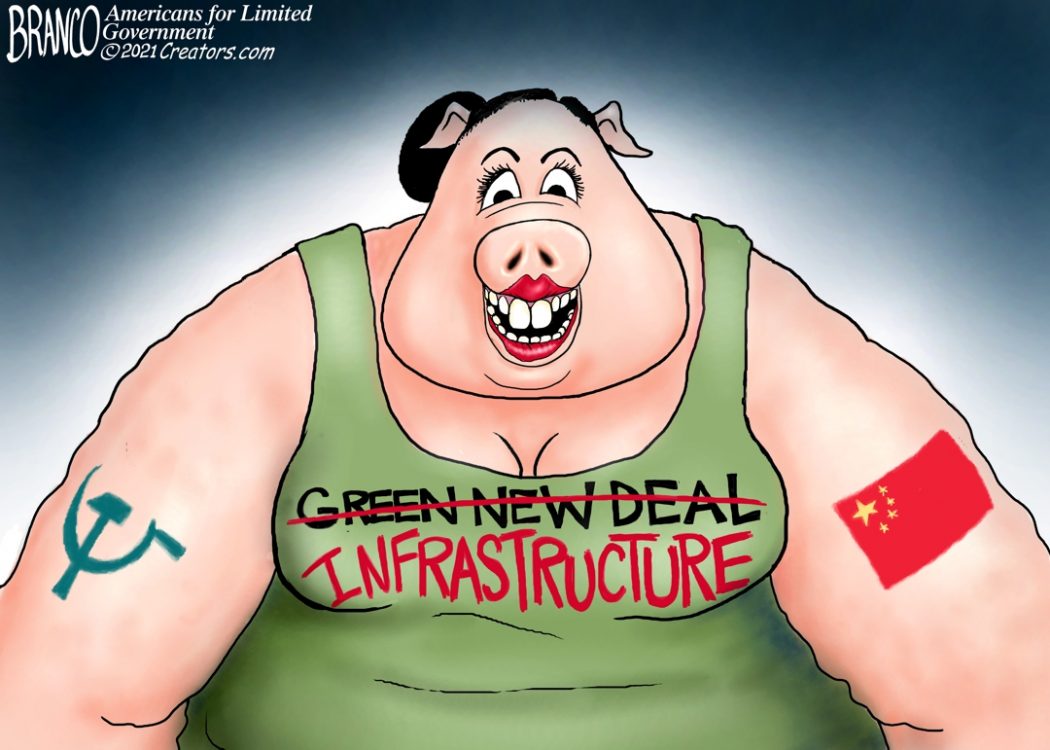 MANILA—The Philippines said on Tuesday it had summoned the Chinese ambassador to convey the Southeast Asian country’s “utmost displeasure” over the continued presence of Chinese vessels in disputed waters around a reef in the South China Sea. In a statement, the Department of Foreign Affairs said Chinese Ambassador Huang Xilian was summoned on Monday and […]

Infowars reporter Sam Montoya was arrested during a federal raid at his residence Tuesday, with US Justice Dept. docs showing he’s charged with essentially being loud at the US Capitol on Jan. 6. Montoya was reporting live on the ground freely exercising his First Amendment right to document the events of that day in a […]

For the slow kids in the back (USA TODAY), this is satire. Sa- tire. Say it with me. Saaaa Tiiiire. It’s OK, you’ll get it. Keep practicing. BREAKING from the Wildly Inaccurate Dianny News Service.  Faced with vaccine skepticism among Americans, the White House held a strategy meeting in the Oval Office this weekend to […]

Corporations are increasingly picking political sides in the battle between liberty and tyranny. From the National Baseball League to Coca-Cola to Facebook, companies  have decided to use their platforms as political advocacy tools and are silencing voices who challenge the Left’s ‘woke’ narratives and agenda. While touting a devotion to “diversity,” these huge tech companies […]

Victoria’s state opposition is calling for an investigation into why a private security company, which was involved in Victoria’s bungled hotel quarantine scheme, was granted a licence extension by the state. The move comes just weeks after NSW Police revoked the master licence of Unified Security Group due to “undeclared changes in ownership”—effectively axing up […]