2 Border Collies Sent to ICU After Eating Moldy Waste Left on the Ground, Saved by Vets 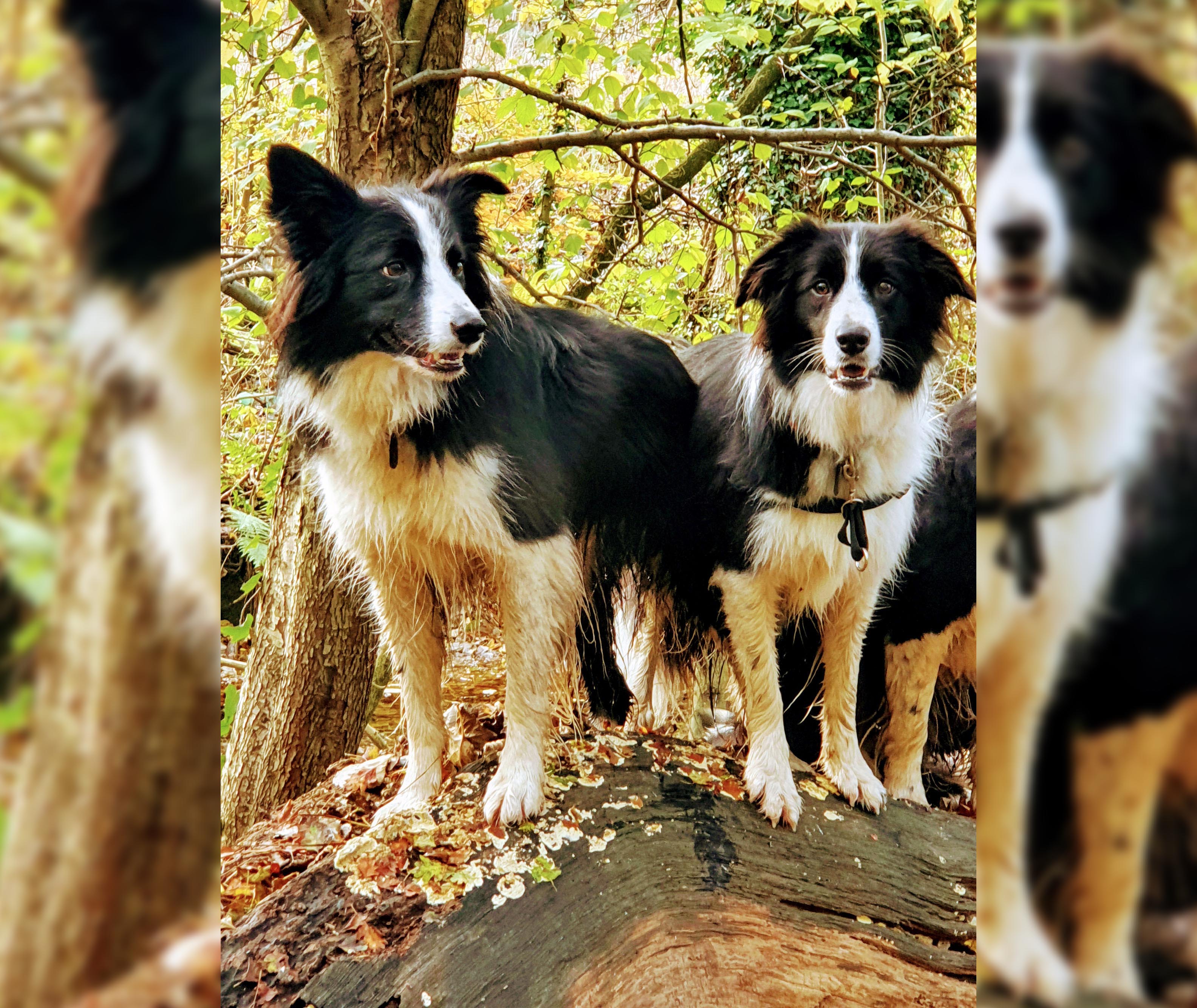 It’s easy to assume one’s neighborhood is safe for your pets to roam. But a recent incident in the UK taught dog owner Chris Thompstone to watch what your pet might scrounge up as a snack out on a walk.

Thompstone was distraught when her two border collies were poisoned after consuming moldy garden waste that had been discarded. Although fortunately, after the owner rushed her pets to the veterinarian, the pair made a full recovery.

Now, she is using an incident which could’ve ended in tragedy to warn pet owners about keeping their animals safe.

Thompstone told The Epoch Times her two dogs, Chance and Tia, found the garden waste while out on a walk last December.

It can be difficult to prevent dogs from eating something within their reach, and the collies managed to scarf down the abandoned refuse.

Often, dogs can digest many things that would make humans sick. But shortly after consuming the rubbish, both dogs became seriously ill.

According to a press release, if it weren’t for the experts at Paragon Veterinary Referrals, Thompstone is certain that her two beloved collies would’ve died.

“They were having seizures and had collapsed and were rushed to Paragon as they were both critical and not responding,” she said. “After 36 terrible hours they finally showed some signs of improvement and they are now virtually back to normal.”

“Both of them were in critical condition when they arrived,” Safrany said, adding that Chance was in the worst state of the two, so he was transferred to intensive care.

When Thompstone disclosed that her dogs had eaten garden waste, the veterinarians knew they had to move fast.

“A toxin made by fungi found in moldy garden waste can act as a neurotoxin and cause severe tremors—a condition which is known as tremorgenic mycotoxicosis,” Safrany explained. “The fungus can also be found in moldy food and refuse and can be life-threatening, so Chance and Tia needed immediate treatment.”

After two days of intensive care in the ICU, sedated with anesthetic and muscle relaxants, the dogs slowly began to recover.

“At one stage they were on six separate medications along with supportive treatment, intravenous fluids, oxygen, and a lot of nursing care,” Safrany explained. “They were kept fully sedated for the first 24 hours, after which medication was gradually withdrawn as both dogs slowly recovered before being allowed home.”

Thompstone is beyond grateful for the dedicated care provided by the clinic.

“I cannot praise Paragon enough for their care and expertise,” she said. “I have no doubt that without them I would have lost them both.”

Finally, on Christmas Eve, the two canines were well enough to return home.

“Both Chance and Tia have since made full recoveries,” Safrany shared. “They received care from three vets from our internal medicine service, a specialist in anesthesia, three ward vets, and a huge number of intensive care nurses to give them the 24-hour intensive care they needed to survive.”

By sharing Chance and Tia’s story, both Thomspstone and Paragon Veterinary hope that people will be more mindful about where they leave their trash, lest tragedy strikes another of man’s best friends.

Share your stories with us at emg.inspired@epochtimes.com, and continue to get your daily dose of inspiration by signing up for the Epoch Inspired Newsletter at: TheEpochTimes.com/newsletter