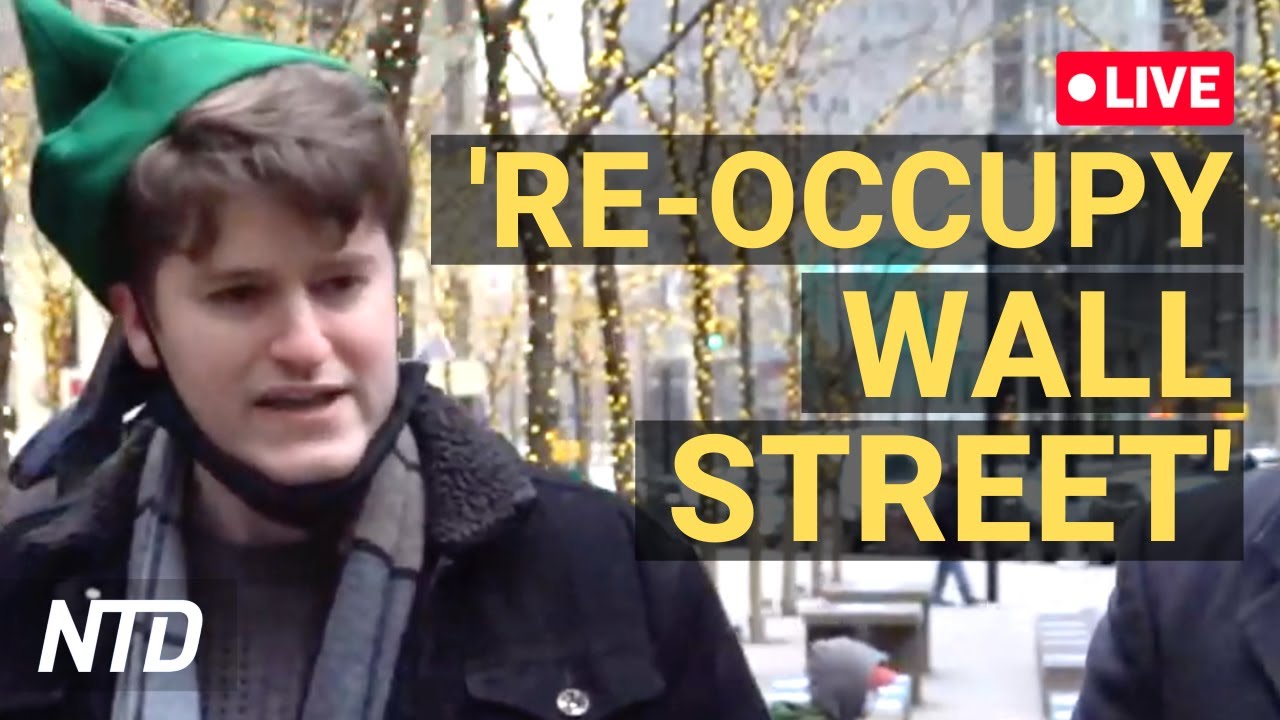 And so should YOU!

In case you missed it here is the situation:

After years of Wall Street pilfering the pockets of Americans and manipulating markets, people on Reddit have decided to fight back costing certain hedge funds BILLIONS!

The Wall Street insiders and hedge fund managers responded by blocking the sale of Gamestop (GME) through certain brokerages such as Robinhood.

This is CLEAR market manipulation and has only caused this story to be ON FIRE in the news media! As of this writing the subreddit “Wallstreetbets” has close to 8 million members.

Disgusted by the clear market manipulation and fat cats who get bailout after bailout crying on CNBC, young Republicans have taken to the streets and are now ‘re-occupying’ Wall street.

Who would have ever thought it….

The New York Post had more on the story:

The “Re-Occupy Wall Street” protesters ripped the big-money investors as “despicable” for moving to stop last week’s “little guy” Reddit-fueled run on the video-game-seller’s stock to shore it up after the money men bet on it tanking.

“There’s some blatant corruption going on in the buildings around us and in Greenwich, [Ct.], wherever hell they are,” Gavin Wax, the group’s president, told about 50 protesters.

“There’s two standards,” Wax said. “There’s rules for thee, not for me. You got these big hedge-fund guys who are trying to short companies into the ground, and then they got called on their bluff by a bunch of anonymous day traders on Reddit.

Trending: David Nino Rodriguez Explains Why February 1 Is The Day It All Starts!

Members of the New York Young Republicans are planning to storm Zuccotti Park in lower Manhattan Sunday for a “Re-Occupy Wall Street” demonstration to protest actions by hedge funds and other financial institutions to undermine Reddit-fueled populist purchases of GameStop stock this week.

“What we saw the last few days was absolutely despicable. It’s pissed off a lot of people,” group president Gavin Wax told The Post. “We have the elites and the substrata of everyone else who doesn’t get to sit at the big-boy table and make the big-boy money.”

GameStop, a dusty mall retailer of video games and electronics, saw shares spike more than 1,700 percent when amateur day traders poured cash into the stock to protest Wall Street short sellers looking to profit from the company’s failure. The movement was initially organized by the Reddit page WallStreetBets.