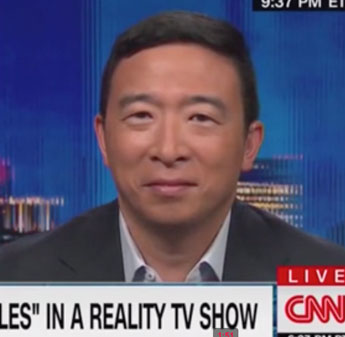 Just The News: The candidate for NYC mayor has fielded criticism this week for leaving the city with his family during the pandemic.

Former 2020 Democratic presidential candidate Andrew Yang this week kicked off his bid to become the next New York City mayor and began the campaig with his signature universal basic income plan.

“We can eradicate extreme poverty in New York City,” Yang said on “Good Day New York,” a program on a local Fox affiliate. “If you put just a little money in their hands it can actually be what keeps them in their home and, again, avoids them hitting city services that are incredibly expensive.”

Yang’s proposal is a version of his staple campaign promise during the presidential competition, which was to give every American $1,000 a month. The budgetary logistics of his plan were questioned at the time, and again are being questioned now, especially with regard to the perpetually stressed budget of the city.