Truth and Her Twin, Part 1: Which One Is Real? 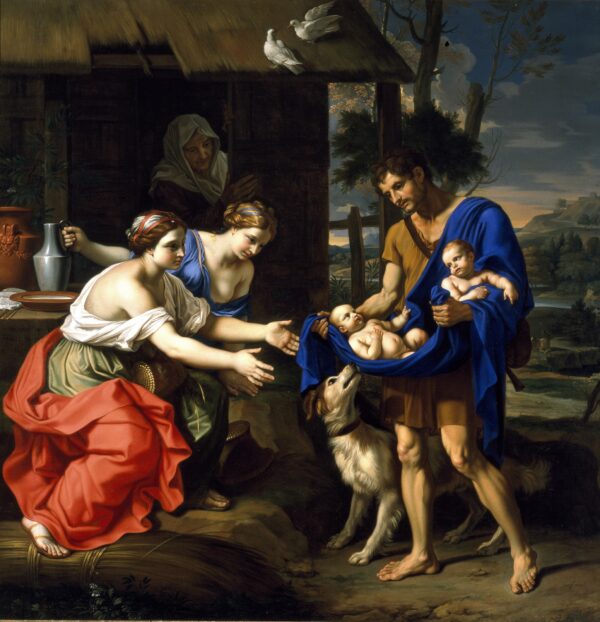 The history of twins and our fascination with them is legendary. Although the Bible doesn’t explicitly say so, Cain and Abel are often regarded as twins; and even if they weren’t, Esau and Jacob, a bit later in the Genesis narrative, definitely were. Interestingly, it also says in the Book of Malachi that God loved Jacob but hated Esau. There is so often a chalk-and-cheese aspect to twins: Despite clearly being similar, their fates are very different.

We see this even in something like the founding of Rome: Romulus, the twin of Remus, gets all the credit (the name Rome gives that away) and finally gets taken to heaven by his father, Mars (Ares), although he has slain his twin brother, as Cain slew his brother Abel.

Not all twin stories show differentiation through moral virtue or turpitude, but profound division there invariably is. Pollux loved his twin brother, Castor, but they too were chalk and cheese in that Pollux was immortal whereas Castor was not. Eventually, their “twinness” was immortalized for us in the constellation we call Gemini.

Why are we so fascinated by twins? I think for two primary reasons. In our own time, they have become an inexhaustible source of inquiry for helping scientists establish whether it is nature or nurture that determines who we are and what we do. If two people have near-identical genetic codes, so the reasoning goes, then in separating them at birth, we should be able to see how much genetics plays its part in their individual destinies, versus the nurturing they have received.

Which One Is Real?

But perhaps there is a more important subconscious reason: Namely, twins represent to us, in visual form, the issue of appearance and reality. We have this insatiable hunger to know whether what we are seeing—the appearance—is real, is true, or whether it is not.

This question is true philosophically. We have all probably heard of the Buddhist aphorism about the man dreaming he was a butterfly, but on waking up wondered whether he was now a butterfly dreaming he was a man! Be that as it may, the importance of whether something is an appearance or a reality is nowhere more critical for us than in our dealings with other people.

Our whole human history and all our important literature concerns this question. Shakespeare explored this comically in his play  “The Comedy of Errors,” which hinges on two sets of twins being mistaken for each other. And this plot device Shakespeare liked so much that he was to use it again; for example, in “Twelfth Night,” where the twins are actually brother and sister and yet, nevertheless, are able to pass off for one another. I think what we are really talking about here is the question of truth.

Veritas and Mendacium, or Truth and Falsehood

Aesop tells a fable that explains how this came about. Prometheus created human beings and had always been their great friend. To help them further (remember, it was Prometheus who at considerable personal cost gave humans fire), he decided to sculpt a new form called Veritas or Truth. And if Truth were to come alive, then she would help people in their interactions and behavior. But as Prometheus was working on this project (he was a potter), he was summoned by almighty Zeus and so had to leave his workshop.

Because he had recently acquired an apprentice, Prometheus left Dolus (or Deception) in charge of his workshop. In the brief time that Prometheus was away, Dolus, who was ambitious, had accessed the clay and fashioned a virtually identical figure to the Truth that Prometheus had created. The only difference was that the copy did not have feet because Dolus had run out of clay.

When Prometheus returned, Dolus retired in fear, but Prometheus was amazed at the similarity of the two statues and, sadly, wanted to take credit for both. So both models went into the kiln, were baked, and became infused with life.

Thus, a new pair of twins was born: One, Veritas or Truth, walked with steady, measured steps; and the second, her twin, Mendacium (or Falsehood), who because she had no feet, could hardly stand and certainly could not move. Aesop concluded, therefore, that although Falsehood might appear to be successful, at least initially, its footless limitation meant inevitably that Truth would prevail against it.

Nice thought. If that only seemed true today.

The Epoch Times itself is waging a war against the twin Mendacium, which seems so similar to Veritas. However, victory is not easy and does not seem a foregone conclusion. But it is vitally important that we continue to strive for Truth, for as Dr. Johnson said, “The mind can only repose upon the stability of truth,” which requires feet, in other words.

Without Truth, we are “footless”; we cannot go anywhere and of course we are not rooted, as in that Tai Chi sense of being rooted firmly to the ground so that our balance is secure. We are in short unbalanced, easy to tip over, unstable.

To recover Veritas, it would seem that we need to examine things closely, very closely indeed, so that we can spot the difference: Which is Veritas, and which the idol that seems identical but has no feet?

In Part 2 of this article we will examine some further implications of these twins.

James Sale has had over 50 books published, most recently, “Mapping Motivation for Top Performing Teams” (Routledge, 2021). He won first prize in The Society of Classical Poets 2017 annual competition, performing in New York in 2019. His most recent poetry collection is “HellWard.” For more information about the author, and about his Dante project, visit TheWiderCircle.webs.com