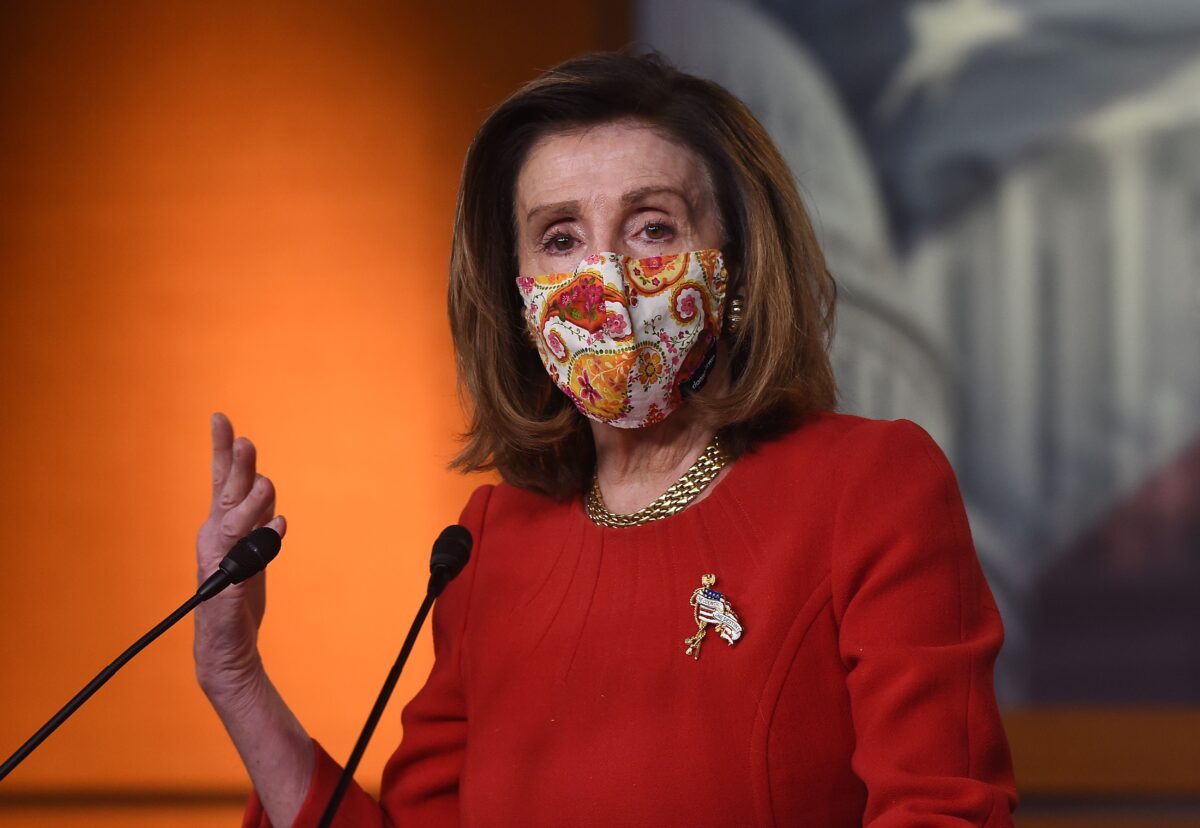 Going on the offense in their first day of presentations during Trump’s second impeachment trial, the attorneys used a strategy pushed by many conservatives.

Michael van der Veen argued that Trump did not use any inciting language on Jan. 6 before the breach of the Capitol, but that numerous members of Congress have.

House Speaker Nancy Pelosi (D-Calif.) “herself said the 2016 election was hijacked and that Congress has a a duty to protect our democracy,” he told the Senate. “She also called the president an imposter and a traitor, and recently referred to our colleagues in the House as ‘the enemy within.’”

“Moreover, many Democrat politicians endorsed and encouraged the riots that destroyed vast swaths of American cities last summer,” he added. “When violent left-wing anarchists conducted a sustained assault on a federal courthouse in Portland, Oregon, Speaker Pelosi did not call it an insurrection. Instead, she called the federal law enforcement officers protecting the building storm troopers. When violent mobs destroyed public property she said, ‘People will do what they do.’”

In one instance in 2018, referring to anger over migrant children being separated from their parents, she told reporters: “I just don’t even know why there aren’t uprisings all over the country, and maybe there will be when people realize that this is a policy that they defend.”

She also also said on multiple occasions, “you have to be ready to throw a punch.”

Rep. Ayanna Pressley (D-Mass.), during a 2020 appearance on MSNBC, said, “There needs to be unrest in the streets for as long as there’s unrest in our lives.”

And President Joe Biden spoke to crowds on multiple occasions about beating Trump up, as did a number of senators.

Schoen said the “hatred and anger” shown in the clips led House impeachment managers “to ignore their own words and actions and set a dangerous double standard.”

“The house managers spoke about rhetoric, about a constant drumbeat of heated language. As I’m sure everyone watching expected, we need to show you some of their own words,” he said, before playing more snippets.

Managers argued that Trump’s “fight like hell” exhortation to supporters on Jan. 6 was part of his inciting the storming of the U.S. Capitol. Schoen later showed how Democrat lawmakers have used similar language before.

“Every single one of you and every one of you, that’s okay. You didn’t do anything wrong,” he said, pointing at the senators and managers.

“It’s a word people use, but please stop the hypocrisy. And did you tone down the rhetoric last summer when all this was happening? Did you condemn the rioters or did you stand with Nancy Pelosi who said, ‘People are going to do what they’re going to do?’” he asked.

Senators were murmuring throughout the montage, and some passed notes to each other. Rep. Jamie Raskin (D-Md.), who saw himself on the screen objecting to 2017 electoral results, took numerous notes while the videos played.

“They’re trying to draw a dangerous and distorted equivalence,” Blumenthal told reporters afterwards. “I think it is plainly a distraction from Donald Trump inviting the mob to Washington.”

“I don’t think the comparison is apt about about public officials using the word fight because I think the public record is pretty substantial with example after example where the President encouraged violence, refused to condemn it,” added Sen. Bob Casey (D-Pa.).