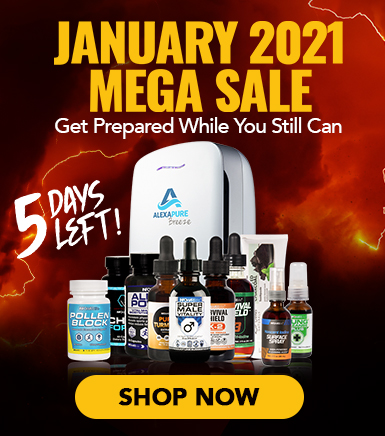 Fox News host Tucker Carlson spelled out in stark terms in his Monday night monologue what’s in store for America with Joe Biden now in the White House.

Carlson warned that Democrats are already putting forth a proposal called H.R. 1 to cement all the mechanisms that contributed to the 2020 election fraud into law.

“The ‘For The People Act’ is the foundation of the Democratic Party strategy to control the federal government well into your grandchildren’s middle age. Take a look at it,” Carlson warned.

“Like most revolutionary documents, it’s not a very exciting read — nothing sounds especially radical at first. The bill begins by declaring that — contrary to Article I of the United States Constitution — Congress has an ‘ultimate supervisory power over federal elections.’”

“Under our current laws, states get to decide how much fraud they will tolerate: Florida requires you to show photo identification in order to vote. California just wants you to vote Democrat,” he continued.

“If H.R. 1 passes, all 50 states will be California — the entire country will have ballot harvesting and mail-in voting. Think about that.”

“Under H.R. 1, [people] could freely go house to house and apartment to apartment collecting unknown thousands of ballots and then dump them all in a ballot dropbox. No one would have any idea if those ballots had been tampered with at any point along the way or would there be any way to prove it if they had been tampered with,” he continued.

“H.R. 1 also makes it harder for election observers to file complaints about any of this because complaining is racist.”

“A system like that is suicidal for democracy and no other free country would tolerate it,” he added.

Carlson then scorned Democrats for trying to push forward the very corrupt policies that led to the violence at the Captiol on Jan. 6 in the first place.

“You are hearing that now as if they are animals who take commands and do what they’re told — but they’re not animals, they’re American citizens who can see what is happening and come to their own conclusions about it: They saw the radical increase in mail-in voting, and it corroded the public’s faith in the system of our of elections. They were enraged by that and some of them exploded,” Carlson said of the marchers.

“According to the Democrats, the lesson of that terrible day was that we needed more of the corrupt policies that caused it in the first place. We need more mail-in voting, we need more ballot harvesting: More corruption! That will unite the country.”

The world as we know it is about to completely change unless we wake up and resist.