5 Ways to Find Out If You’re Being Followed in Your Car, According to Quora Blogger Ian Howe 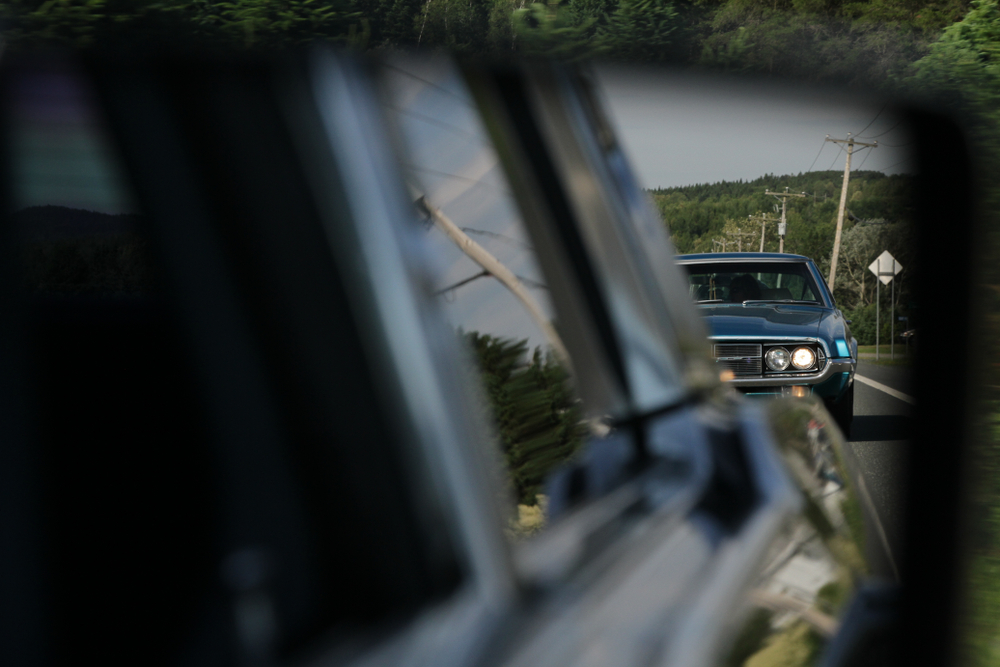 Many motorists have, perhaps at least one time, had cause to consider while driving, “Am I being followed?” Luckily, there are safe ways to find out, and ways to evade an unwanted pursuer on the road.

Connecticut-based Quora user Ian Howe went viral with a post suggesting a few major scenarios where one might be being followed, such as police witness-tracking, a private-eye gathering evidence for a legal case, or a criminal having identified you as a potential victim.

But after noticing a suspicious vehicle on your tail, Howe posed, how is one to confirm you’re being followed? And how do you lose them?

1. Check the mirror for the cars behind you

“Get into the habit of frequently eyeing one of the mirrors, either your rearview mirror or driver’s side mirror,” says Howe. If the same car remains on your tail after checking the mirror three times at intervals and making turns, they could be following you.

If unsure, driving in circles around a city block—an unusual pattern—could help confirm this. If driving on the highway, getting off at a rest stop and immediately back on again will test in the same way. If in a residential area, take a series of random turns to rule out a coincidence.

Such patterns may also serve to shake a potential tail.

A sensible thing to do if you’re being followed is to abandon your intended destination, especially if you’re headed home.

While the comfort and security of home might be tempting in a moment of panic, says Howe, driving home will only hand your pursuer private information about where you live on a silver platter.

Take a detour to a supermarket or complete some other errand elsewhere. Hit the drive through at your local fast food joint if you haven’t eaten, and see if they follow. If the pursuer persists, take note of the make and model of the vehicle.

As just mentioned, focus on identifying the vehicle behind you.

Try to determine the make, model, color, and even license plate number, or any personalized features such as damage, customization, or decals, and commit this information to memory.

The more information you can gather and give them, the better.

If calling the cops seems a step too far, you might want to try shaking them. As far as possible, Howe advises, do this while remaining in a well-lit, well-populated area to deter your pursuer from making any aggressive moves.

Intersections make for the best opportunities to lose a tail. But if all else fails, drive to a police station.

Of course, better than losing a pursuer is not being followed in the first place, says Howe. Two of the best ways to achieve this include the following: 1) vary your daily route and routine, and 2) refrain from broadcasting your location on social media.

Retired police officer, survivalist, and Eagle Scout Fred Tyrell echoes these words of advice on his blog when it comes to losing a vehicle on your trail. “Never travel in a straight line,” says Tyrell, as a good tracker will be able to work out where you are going.